Are you looking to reduce your cable or satellite bill? Or maybe become a cord-cutter and get rid of it all together? If you are, this Amazon Fire TV Stick review just might point you in the right direction to save as well as still get access to great content.

My review also details all of the Fire Stick channels available so you can make an informed decision based on what you like to watch.

Note: The Fire Stick won’t replace your cable subscription entirely, so I also researched some fantastic ways to get all the channels you want and NOT pay a cent to the greedy cable and satellite companies. 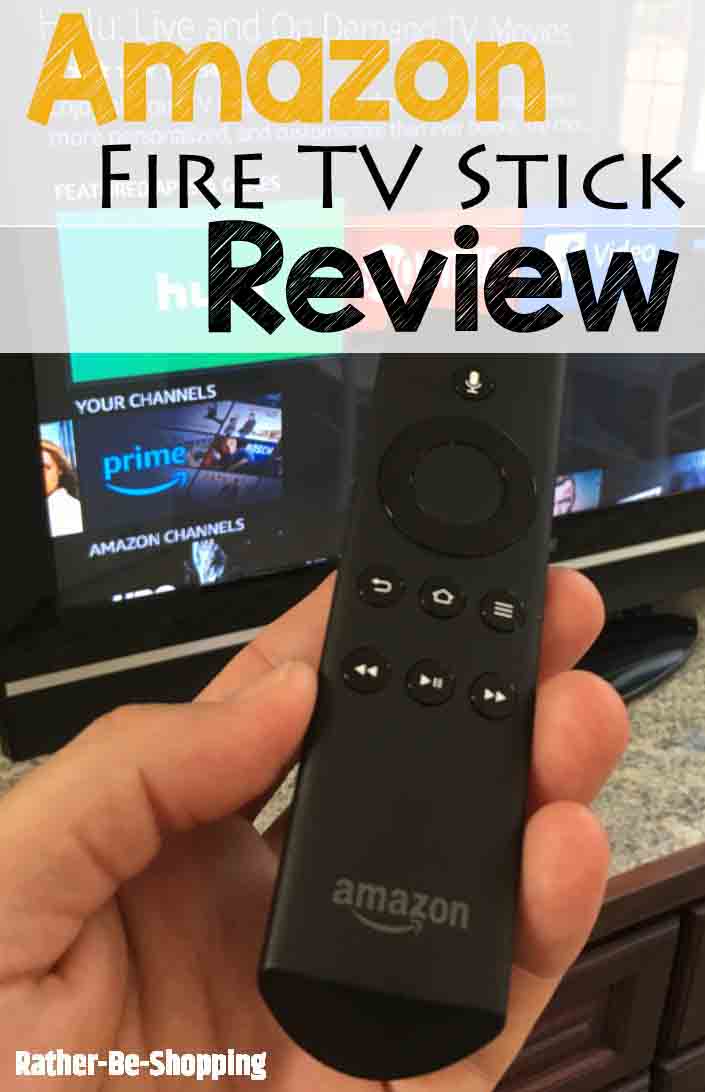 What Exactly is the Amazon Fire TV Stick?

The Amazon Fire Stick ($39.99) is a streaming media stick that you plug directly into your TV via a HDMI port.

Once you have it plugged in, your TV becomes a highly connected device with instant access to streaming services for movies, music, sports, and even games. Many of which are completely free to use making it a solid purchase for the cord-cutters out there.

Is It Easy to Setup and Use?

Yes, very easy. It took me about 5 minutes to open the box, plug the stick in, and connect to my Wifi.

About 2 minutes of that time was from being forced to watch an Amazon promo about setting up your Fire TV stick along with the benefits of a Prime membership.

The contents of the box include the stick which you plug into a HDMI port on your TV, a HDMI extender cord (in case your HDMI port is too tight), a remote, USB cable and power adapter, 2 AAA batteries, and a quick start guide.

While not necessary, I recommend using the power adapter to plug the stick into an electrical outlet.

By doing so, your device will automatically download any Amazon updates which will keep it running smoothly.

If you already have a Prime membership, the Fire TV Stick will come already pre-registered to your Amazon account so setup is a real breeze.

What if My TV Only has 1 HDMI Port?

This is a common problem with older HDTV’s.

But a really cool fix is to purchase a HDMI splitter. They sell between $10-$20 on Amazon and allow you to plug several HDMI devices into it.

Do I Need a Separate FireStick for Every TV?

The short answer is “Yes”.

But if you tend to only watch one TV at a time you can simply move your Stick from one TV to another.

But if you know your household will be viewing more than one TV at a time, you’re going to need a Fire Stick for each TV.

Hey, so glad you asked. To clear up some confusion, while some might call these channels, other will call them “Apps”.

Similar to how a smartphone works, they are all available to download via the FireTV menu.

Here are all the channels (or apps) currently available on your Fire TV Stick.

I’ll be sure to keep this list updated as new channels are made available.

Can I Control It With Alexa Technology or My Echo? 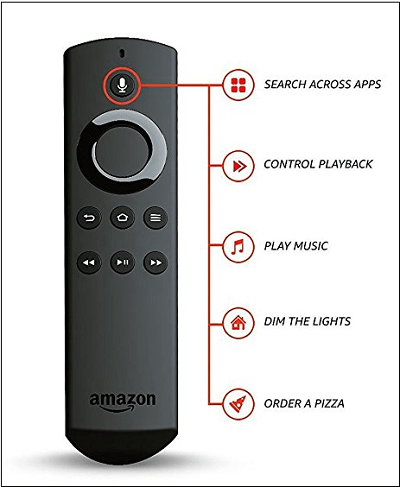 The remote is an “Alexa Voice Remote” so you can press the button on top and say things like “Play Game of Thrones” or “Play Spotify”, or “Launch Netflix”. So cool…and the best part is that it actually works.

You can also link your Amazon Fire TV Stick to your Echo or Echo Dot and use it to control your TV.

Very cool as you won’t need your Fire TV remote anymore as you can just tell your Echo what to do.

Do I Need a Prime Membership To Use the Fire Stick?

No. The only reason you would want a Prime membership in conjunction with the Fire TV Stick is Amazon Prime video.

The Prime video feature gives you access to hundreds of free movies, TV shows, and documentaries which rotate on a monthly basis.

In most cases you can use it to replace Netflix ($9.99/month) which a real money-saver.

Also, even without Prime, you’ll still have full access to your Video Library which is all the movies you’ve bought from Amazon.

Will It Replace My Cable Subscription?

Potentially, it absolutely could, especially with a Prime membership and an over-the-air HD antennae.

The biggest thing missing for most people is local channels and sports programming. See my “Cons” section below for more details and a clever workaround.

Pros and Cons of the Fire TV Stick

And of course, the Cons…

When it comes to the HD antenna, I like to use a site called AntennaWeb.com which tells you what channels are available at your home based on elevation and terrain.

How Does the Fire Stick Compare to the Competition?

The Google Chromecast comes in at $29.99. Here is where it fails in comparision to the FireTV Stick.

The Roku Stick comes in at $29 on Amazon. Yes, it’s affordable but how does it stack up…

The good news is that you CAN access Amazon Prime Video, Sling TV, and Spotify with Roku.

Winner: Fire TV Stick wins based on more storage, memory, and a faster processor. You get a ton more bang for your buck spending the extra $10.

Price at $149, the Apple TV is by far the most expensive option. But we all know many Apple loyalists will gladly shell out the cash. Here’s how the Apple TV compares…

Winner: Fire TV Stick wins based on a much lower price point at $39.99 and more content overall.

Final Analysis: At the 40 dollar price point, the Amazon Fire TV Stick is really a no-brainer for cord-cutters.

This is especially true if you have a Prime membership and can get Prime Video for free.

What say you? Do you already own the Stick? If so, how do you like it and how could it be better?

Kyle, I did get rid of cable and wanted to get something for my grandsons to watch. Such great, detailed and good information. So I only have to buy the fire stick 1 time with no monthly fees, then I’m in. Thanks for doing ALL the work and research. I really appreciate it very much!
Sincerely,
Sherrie. ::))

Thanks Sherrie for the kind words!

Yes, you only buy the Fire TV Stick once. You then get access to a bunch of great streaming content via your Internet connection.

If you’re an Amazon Prime member you’ll get free access to a ton of free shows and movies via Amazon Video. Others services like Netflix and Hulu will cost you about $10/month but that’s way cheaper than paying for cable or satellite!

We got a free firestick through a Direct Tv Now promotion. I shut off cable and set up the DirecTv Now but it is $35 per month and I realized we are paying that just for Disney Channel access and CW access. Any work around for those two?

Amazon Fire TV stick is a really good device for watching videos, shows, make gaming better with a gamepad and more. With the help of voice remote, you can control Fire TV stick.

Firestick is my favorite one to stream movies and Tv shows on my TV. I have installed some apps on my Firestick device to enjoy unlimited movies. And I can watch live tv channels using these apps. So, now, I do not have cable Tv connection because I don’t need it. haha 😀

What app did you install?

I love the Stick, but I’ve had to go back with Cable for all the College sports.

Kyle, you’re dreaming. The Amazon firestick is barely better than the Roku tv that I am running it on. It cuts out frequently when you use the built in browser, and the Firefox alternate is worse. Mine came with 5.5G of memory, about 4.0G of which was preloaded with aps that there appears to be no way to uninstall. There are few aps that they offer free. You can get instructions online on how to install other aps, but remember you have only 1.5G and that, apparently, includes the cache. The best alternative to firestick, Roku, etc. is to just stream to an old pc and mirror it on your tv. There is virtually nothing available on any of these streaming devices that cannot be streamed on your pc.

I assemble my fire tv stick, but the volume doesn’t work. What I have to do?

Spectrum is blaming our 2 fire sticks for messing up the motel/ router. How can this be true