How Amazon Buying Whole Foods is Reducing Your Grocery Bill

The news about Whole Foods Market joining the Amazon family of brands had every media outlet on edge to see what this purchase could mean for consumers and the state of retail.

We took a look at several examples of the reported price drops from across the country to see how much you could save through Amazon services and in Whole Foods stores as a result of the merger. 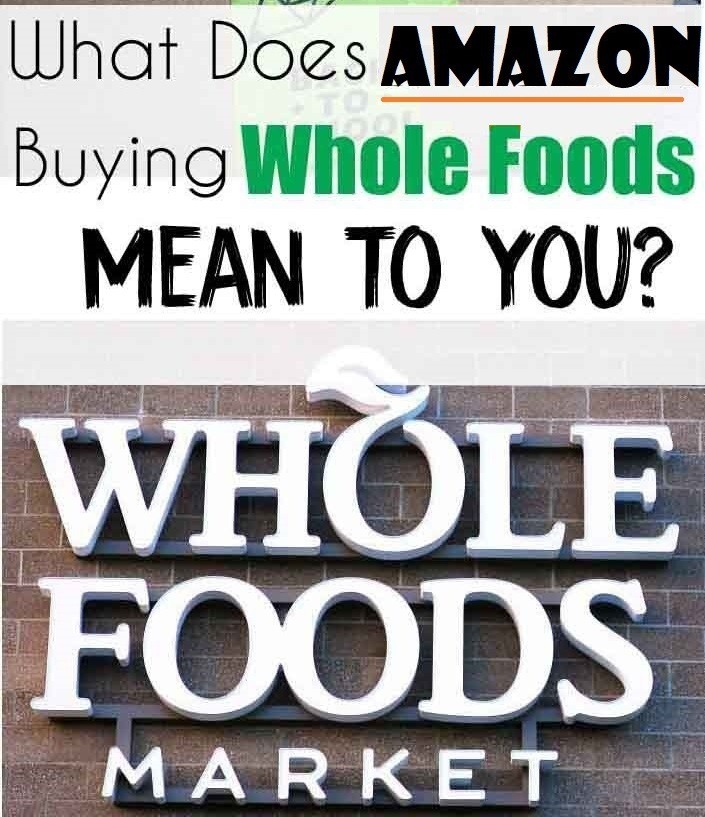 What Happened Between Amazon and Whole Foods?

When Amazon announced its plan to purchase Whole Foods for just shy of $14 billion in June of 2017, rumors about what Amazon planned to do with the grocer began circulating.

Then, just before the acquisition was finalized on August 28, 2017, the e-commerce conglomerate announced it was planning to slash grocery prices at all Whole Foods locations.

While the price breaks were great news for Whole Foods shoppers, there has still been plenty of speculation about what Amazon plans to do with its 470 new storefronts.

How has Whole Foods Pricing Changed?

Whole Foods stores from California to New York have dropped prices, in some locations by as much as 43%, though the average savings was closer to 20% on more complete grocery bills we looked at. 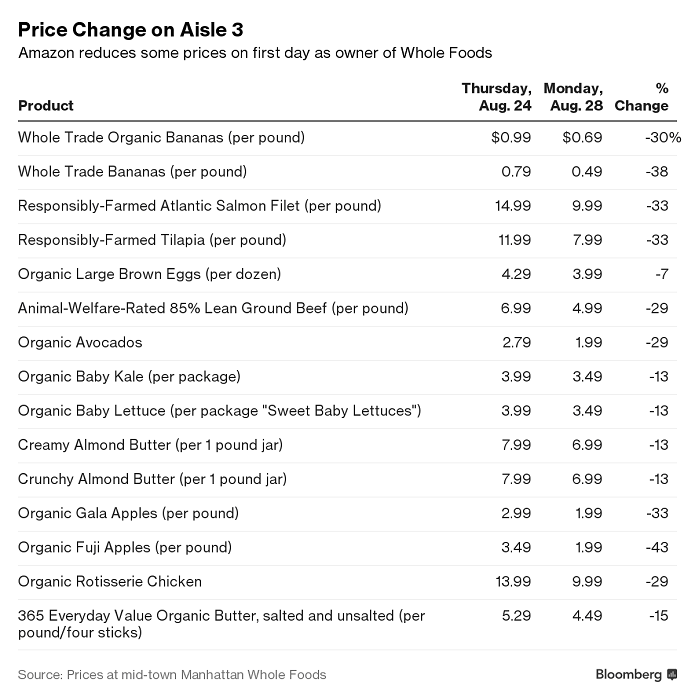 Across the board, we found the biggest savings to be on fresh produce and meats, which is what shoppers tend to splurge on.

While prices for most items were affected by Amazon’s takeover, non-perishables at Whole Foods appeared to be discounted the least.

Are There Added Benefits for Prime Members?

In Amazon’s statement, the company insisted there would be discounts and other savings passed onto Prime members, including automatic enrollment in a Whole Foods rewards program. However, further details on just how much benefit members will receive have yet to be released.

What we do know is that the grocery arm of Amazon, including Pantry and Fresh services, now make mention of the partnership with Whole Foods.

Amazon Pantry, an exclusive service available to Prime members, now offers shoppers goods from the Whole Foods 365 brand. Otherwise, not much has changed with the Pantry service, and, as before, you earn free shipping when you purchase five or more items through Prime Pantry.

Amazon Fresh, on the other hand, is an add-on service for Prime members that costs $14.99 monthly, but we anticipate being able to stack Amazon promo codes on your order through Fresh to offset the added cost of service.

The Fresh selection has certainly expanded thanks to the addition of the Whole Foods catalog, and we believe Amazon will likely source high-quality products and deliver them more efficiently from local stores.

What’s the Bottom Line for Shoppers?

Prime members can expect the same great services you’re used to receiving from Amazon, but you can also expect the selection of goods to grow across the Amazon marketplace.

You’ll continue to benefit from Prime’s included services like video and music streaming, same-day delivery near fulfillment centers across the country, and Prime Now, which provides two-hour delivery for household essentials, restaurant fare, and access to products from local stores (in select cities).

But you’ll also have access to more special offers, and you’ll be the first to experience the exciting things Amazon is doing to make shopping even easier.

Ask the Reader: Are the lower prices at Whole Foods enough to get you in the store?