The Costco food court is the favorite aspect of the warehouse giant for many shoppers. From the tasty hot dogs, to the cheap and yummy pizza, there are some great values within. Because of the popularity of the Costco food court, I thought it would be fun to dig deep and find some fun facts about the place. Costco “food court secrets” if you will. Here is what I found that just might blow your mind, or at least make you go hmmmm. 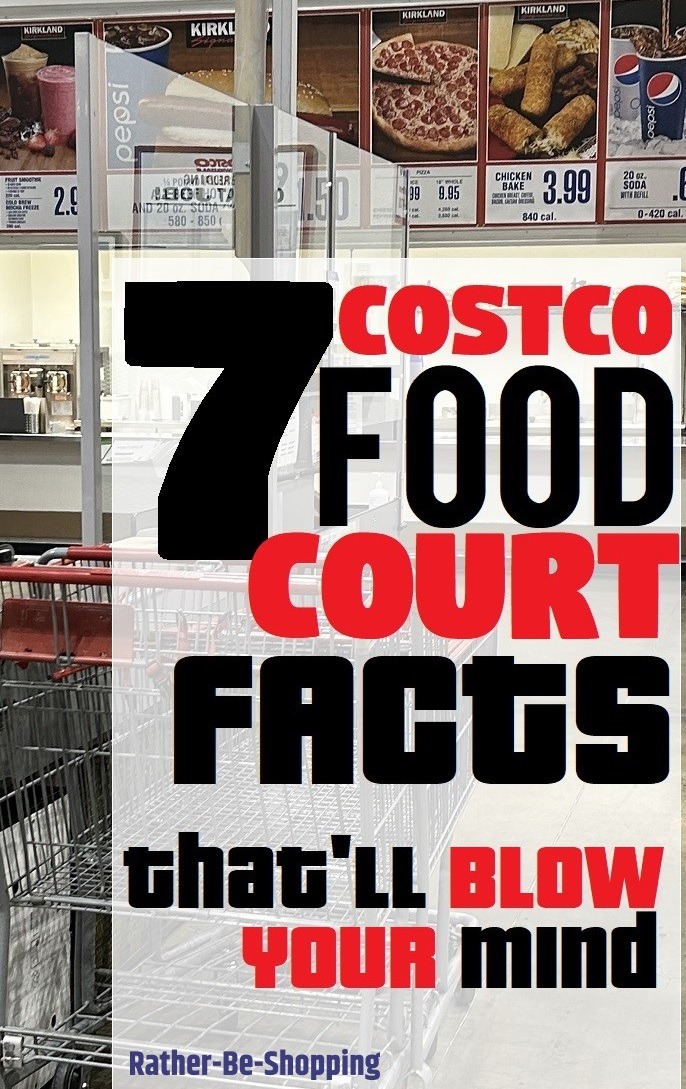 When I was recently in Phoenix, Arizona, working with Good Morning America on a story, we visited the local Costco.

Much to my surprise, the food court was located outside of the main entrance for any hungry person to access.

Come to find out that many Costco locations are set up this way.

You’ll mainly find them in warmer climates or at Costco locations that are positioned inside a shopping mall.

2. How to Skip the Food Court Line

Did you know that you can place your food court order when you’re checking out from the warehouse?

This is a great, and fast, way to get your food as you’ll pay when you buy all your warehouse goods and you get to bypass the regular food court line and get your chow quickly.

You can also call in your pizza order hours or days ahead of time which works great when you need several pizza pies for a birthday or soccer party or something similar.

While the name “Chicken Bake” sounds pretty darn healthy it turns out to be quite the opposite.

With a whooping 840 calories and 25 grams of fat, it’s delicious because it will probably shorten your life by several months.

In case you’re not familiar, the Chicken Bake is a hot chicken pastry stuffed with chicken, green onion, and a blend of mozzarella, provolone, and parmesan cheese.

4. They Sell a Ton of Pizza

Costco tosses so many pizzas nationwide that they’re actually considered the 15th biggest seller in terms of locations.

They beat out the likes of California Pizza Kitchen and Jet’s Pizza.

Plus, the thing is as big as a man hole cover.

5. Secret to Those Cheap Hot Dogs

According to Business Insider, “Costco dishes out more than 100 million hot dogs at its food courts, which is more than four times what Major League Baseball sold at its ballparks in 2011.”

The good news for shoppers is that Costco is adamant that they’ll NOT be raising that $1.50 price, which started way back in 1985.

While the hot dog meal deal may very well be a loss leader, Costco keeps their costs as low as possible by producing the dogs themselves at a central California facility.

See Also: Does Costco Deliver Groceries? Here’s How to Make It Happen

I found this really interesting. Here are the Costco food court items you’ll find in other countries.

Note: I’m starting to get really hungry as I write this article.

7. The Menu Does Indeed Change

While it appears the Costco food court menu remains the same year after year, there is actually room for change.

As a matter of fact, Costco execs keep an open (and rotating) spot for new items.

Other rotating items that have come and gone in recent years include a bbq brisket sandwich, turkey and cheese wrap, carne asada bake, and hot turkey with provolone bake.

Ask the Reader: Are you a fan of the Costco food court? If so, what items do you find the tastiest?

What happened to the amazing gelato – best food court item ever!

Bulgogi is Korean so I am pretty sure the Bulgogi Bake is at Korean Costcos.