The 8 Items That Are Often Cheaper at Whole Foods Market 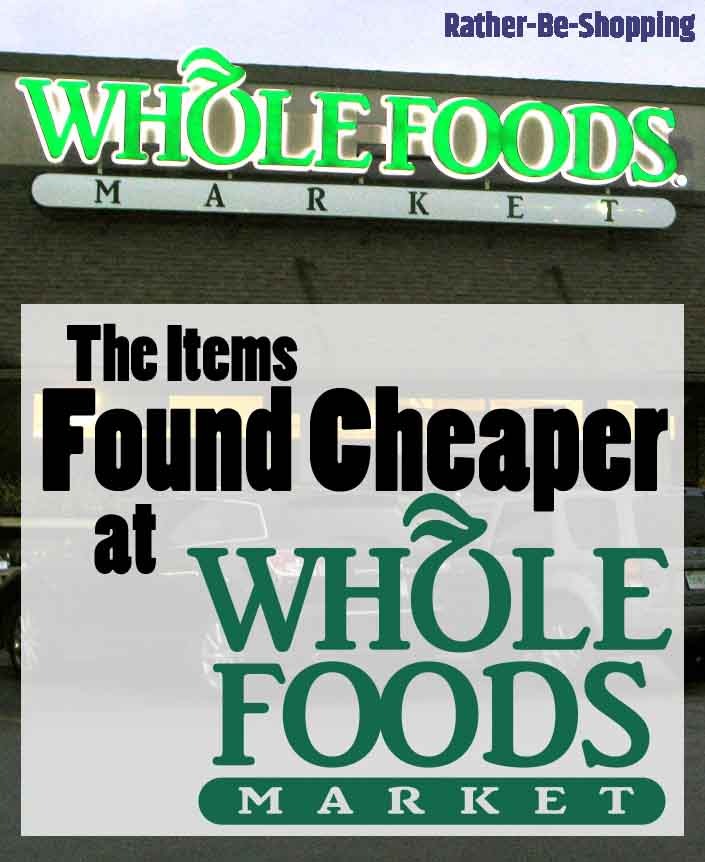 A gallon of organic milk can be costly. I’ve seen it priced over $6 at many national grocery stores, including Walmart.

But at most Whole Foods locations, you can get a gallon of organic milk for less than $4 making it a great place to stock-up if your family is a big milk drinker.

It often sells for about $13 a bottle and is $3-4 cheaper than grocery stores like Safeway and Kroger. The same goes for the conventional EVOO that is not organic.

Plus, by only buying what you currently need, you don’t have to shell out cash for an entire bottle you may never use.

According to Reddit user ANinjaBurrito, “the bulk section is super cheap and you get various nuts and other oats and seeds for much cheaper than buying in store.”

You can typically get freshly roasted coffee in the $9.99 to $12.99 per pound range at Whole Foods.

By comparison, one Reddit user says Dunkin Donuts is around $13.50 per pound and I often see Starbucks coffee priced at over $12 per pound at my local grocery store.

I’m talking about the healthy peanut butter with only peanuts and salt for ingredients. You can often get it for less than your local grocery store and if you buy a case ask about a 15% quantity discount.

Also, according to a Reddit user, the same goes for canned cat food, but the discount will usually only be 10%.

If you regularly stock-up on canned organic black beans, you should only be buying them from Whole Foods. In particular, the 365 Organic brand is a screaming deal according to food bloggers.

The savings comes out to about $2 per pound when cooked, which is nothing to fart at.

Yummm, sausage. Heck, I love sausage so much I’ll even forgive the fact that we’re talking about the meatless variety.

In particular, check out the Tofurky vegan sausage links at Whole Foods as they’re typically priced 30-40% cheaper than at your local grocery store.

Ask the Reader: What items at Whole Foods do you find to be a good value and consistently save you money?

What foods are actually cheaper at Whole Foods?  |  Reddit