I find it interesting that some very wealthy celebrities and athletes choose to live a frugal life. It appears that most of the folks that made my list were raised by frugal parents and were instilled early on that you don’t just piss away your money, but rather you look to save where you can and you live within your means. This list is actually very refreshing and a nice change from the lavish and wasteful reports we get from most wealthy celebrities. 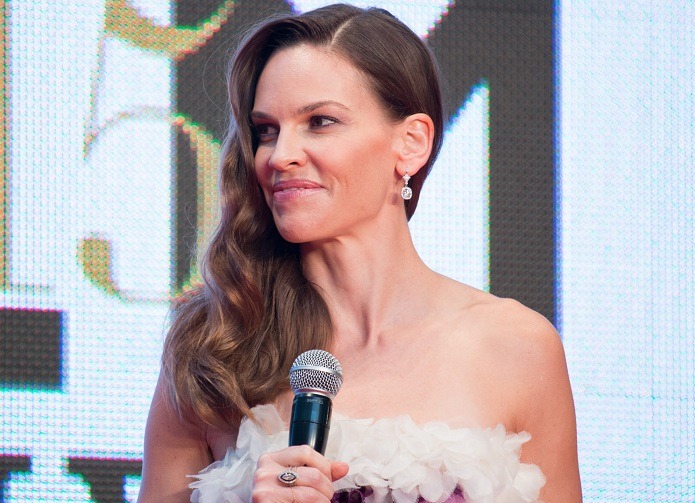 Recently on the Rachel Ray blog, Carrie Underwood admitted to eating at Subway often, doing her own grocery shopping, and best of all, clipping coupons! “Doing the weekly shopping, I stock up on stir-fry kits, Amy’s meatless burgers, and armloads of onions and garlic. I put onions and garlic in everything. Ack — as usual, I forgot my coupons. (Yes, I do clip them!)” Beautiful, talented, and frugal…Mike Fisher you are one lucky dude.

A couple years ago, Carmelo Anthony was being interviewed by a Denver news station and he dropped the bomb that he still uses coupons even though he has millions. This is an excellent example of humble beginnings being carried over to living a responsible adult life.  In the interview Anthony says, “I go to the supermarket, make sure I get the newspaper and tear the coupons out; save a dollar or two.” Why not? You gotta love free money.

When Lady Gaga is not dressing up like a doughnut, she is using coupons and shopping the sales rack. Awesome. Wouldn’t you flip out if you saw her pulling out her phone and using our mobile coupon app to save 20% off. She says it is her NY upbringing that brings out the deal finder in her. In a recent tweet she confirmed it, “Why do people look at me like I’m crazy when I use coupons at grocery (stores) or try bargaining at retail, I’M FROM NEW YORK WHERE IS THE SALE RACK.”

The fact that Jennie Garth recently took a writing gig at the RetailMeNot blog tells me she digs a good deal and hates spending more than she has to. In fact, on the blog, she has written about finding deals on clothing for her 3 daughters, back to school supplies, and how to throw a frugal party. And you know what, I actually believe her. She was raised on a family farm in Illinois and through her humble roots she learned to value money and be sensible with her finances.

The girl loves coupons! I love this Conan clip where Kristen Bell pretty much pimps Bed, Bath & Beyond coupons better than any TV commercial ever could. If they haven’t hired her yet, they should. She admits to almost exclusively shopping with coupons. Beautiful, talented, down-to-earth, and sensible, Dax Shepherd, you be one lucky dude.
(Video Source: Conan on TBS)

While I personally am not a fan of the lure behind the Kardashians, or understand it in the slightest, but I must say that the “Kourtney” one is the most appealing simply because she is a big time couponer. While her intentions may not be completely legit, I think she shares a similar view with many coupon clippers. For her it’s a total game, “This is not just about saving money. This is all a game. It’s like winning in Las Vegas. This is so thrilling.”

Ironically, Kate Gosselin has a lot more time on her hands to clip coupons since she got fired from Coupon Cabin.com last year. Her blog posts on CouponCabin always included looking for deals when shopping for her home or her 8 kids and I have no reason not to believe her.

When she first took the blogging gig she was quoted as saying “One week, I remember saving more than half my grocery bill that week with coupons, I was beyond thrilled.” I am holding out hope that the above picture was taken the day after Christmas as it clearly is the best day to get a great deal on wrapping paper at Target.

When talking about her couponing, Mama June from TLC’s “Here Comes Honey Boo Boo” fame, is proud to proclaim that “It’s even better than sex!” Apparently Papa June is doing something wrong but that’s another post for another day. Mama June’s favorite thing to buy with a coupon? Toilet paper. After all, she says, “Everybody’s got to wipe their ass! I mean, hello!” So this brings me to my next question. In what way exactly is TLC the “Learning Channel”? Anyone?

I have previously documented Hilary Swank’s frugalness, and where it’s rooted from, in an article I wrote titled 5 Frugal Habits of the Rich. She is totally legit and NEVER embarrassed to use a coupon at the store. When asked about it, she says. “It’s how a grew up and it’s in my bones.” Love this girl and I’m of the opinion that she deserves everything that comes her way.

I really like how a couple years ago Elisabeth Hasselbeck stood up for guys who use coupons when she was a co-host on “The View“. Turns out her husband, former NFL quarterback Tim Hasselbeck, is a really big coupon guy, both literally and figuratively. She sees a man who uses coupons as “a man who can manage his money well.” Amen Elisabeth! She went on to say “I married a coupon guy. In the long term, he is so on top of things. He’s very aware of what things cost and what it means to our situation, and I thank him for that.”

If more NBA players took a hint from the way Roy Hibbert, of the Indiana Pacers, lives his life the league would have a much better reputation and set a much better example for today’s youth. When asked why he is careful with his money, he says “Yeah I guess I don’t want to end up being one of those stories where the guy ends up spending more than he has and owes money to the IRS and stuff like that.

I just want to be able to take care of my family and live modestly.” Although I had to laugh when in the same interview he admitted to using his old college ID to score a deal on a burrito at Chipotle’s when they had college night. That might be taking it a little too far Roy.

Renee Zellweger talking about her couponing roots, “I was raised in a household where we were very frugal.” Are you sensing a theme here? The bottom-line is that those who grew up with frugal parents are much more likely to continue when they are adults, no matter how much money they make. I am talking frugal, not cheap. There is a huge distinction between the two. I am guessing celebrities who had cheap parents, in many cases, swing the pendulum to the exact opposite side and are very extravagant with their money.

Sarah Michelle Gellar, known for her roles in Buffy the Vampire Slayer and Cruel Intentions, is famously know as a coupon clipper and a bargain shopper. She is often spotted at Trader Joe’s and Whole Foods with coupons in hand. While I’m not a huge vampire fan I may start watching old episodes on Netflix just because of this new-found knowledge. She says, “We shop at Whole Foods, but we ask which fish is on sale. On sale doesn’t mean it’s bad! It probably just means it’s over-caught. And I clip coupons all the time. Why should you pay more for something that someone else is paying less for?” LOVE. IT.

Any Modern Family fans reading this? One of my favorite lines from the show in recent years happened when Jay’s dog Stella fell in the pool leaving him with no choose but to jump in and save her. Turns out Manny Delgado was busy clipping coupons and neglected his job. It goes something like this:

Gloria: Why are you swimming in your clothes?
Jay: Because I’m self-conscious about my body. Stella fell in the pool.
Manny: It’s my fault. I let her out, and then I got caught up in my couponing.
Jay: Any coupons for swim lessons? ‘Cause Stella needs some.
Gloria: Seriously. Manny, you teach to swim by throwing him in the pool, but the dog gets swimming lessons?
Manny: I gotta say, it was unpleasant but effective.

Ask the Reader: Do you know of any other wealthy celebrities or athletes that tend to be frugal or even clip coupons? Do you think any of the people on my list are just fronting to look like something they aren’t? I look forward to your comments.

Haha this post is amazing! So crazy that these celebs clip coupons. I love couponing but I think I might sacrifice it if my income was high enough 😉

I think this is great! Even celebrities should watch their finances closely. Obviously some of them realize that.

You gotta love free money. Melo has the right attitude. I think I’d use coupons even if I had millions of dollars. Why pay more than you have to?

I guess having money does not change certain peoples attitudes towards frugality. If you can finally evolve to putting a value on your dollars, it will last you longer.