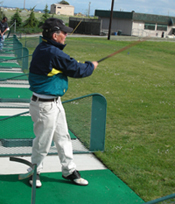 I have to preface this post by saying my Dad grew up on a farm in Nebraska with no running water. I think they did have electricity when he got a bit older. Here are some of his conservation techniques:

So what do you think? Frugal, cheap, strange, or perhaps a man whose vision has yet to be fully recognized? Looking forward to your comments.

Absolutely nothing wrong with what your Dad did –
I save water from cooking pasta, boiling eggs, etc for my garden (we’re in a major drought in SW Florida)
Cutting mold from cheese, do it all the time -would you cut the mold out of Blue Cheese?
When we lived in Connecticut we heated with wood for years – did not use the furnace – wore layers of clothes, had blankets in all rooms to use – we did cut our own wood from our 9 acres.
Still turn off lights, & appliances not in use, and only use CFLs and have for the past 10 or so years
Take only 5 min showers but do not turn off the water during it – I do need a warm shower.
I assume your Dad had a compost pile or fed food scraps, like carrot peelings, to the pigs. We compost by whirling in a blender then putting on plants.
I only buy ‘day old’ bread and have done that for at least 30 years. The black mark on the bread wrapping does not affect the taste. Afterall, do you eat an entire loaf of bread within 24 hours of buying it? After that it is ‘day old’.
I think perhaps you & your readers should take heed of those cost effective habits (maybe not the shower) of your Dad’s, in today’s financial mess, they may mean the difference between making it and not. A penny saved IS a penny earned. Bet Dad picked up pennies on the ground too!!

Sounds almost like my dad. He’s gone now, but he was able to finance several years of traveling & climbing mountains around the world by working construction in season, saving like crazy & then sleeping in his station wagon on his trips. He was known in his family for wearing his T shirts until you could see through them. He was also an expert at turning down the heat & turning off the lights when I was a kid. I never understood at the time, but now I’m the same.

I agree with everything he does. Either I or people I know practice many of these things.

People always focus on the money aspect of conservation, but some people just don’t want to waste, regardless of the savings. Sure, I can afford a huge electric bill by keeping the A/C running, but I just think of the wear and tear on our unit, on the power lines, and the power plant. And then I think of all that burning fuel needed to power my home.

That’s just one example, but it’s a little look into how some people might think, or should think, about frugality. Preserve your environment when you can, and save a little money doing it too.

I practice some of the same water conservation techniques. I grew up in CA during a long drought, so it became second nature.

Just one note for the people considering using wood-burning stoves to heat their houses: consider the pollution it will produce, and how that will affect your neighbors. Last winter, soot from her neighbor’s stove kept my sister from hanging her clothes out to dry or letting her kids play in the back yard.

Tell your Dad that this is my favorite post from this weeks festival so far! He sounds like a “ball of fire”, as my boyfriend would say.
I try to be frugal but I can’t say that I have ever eaten anything with mold on it or stale bread. 🙂

I wasn’t raised on a farm in Nebraska with no running water and I do most of the things you mentioned. (we bought one of the shower heads that allows you to flip the water off at the nozzle but continues to drip so the water temperature is regulated). I think your Dad is a very wise man!

After reading your How I Got Out of Credit Card Debt post, it seems it’s a former employer of yours, Home Depot!

If we all followed his example, we would not be getting our boys killed all over the world, fighting this much pollution and paying 0ver three dollars for gas. Smartness is also the ability to see ahead and the guts to act on it. My thanks to your dad.

That was really an interesting question, and I couldn’t but leave my word. In my opinion, the way this man leaves really helps to save some money, but it doesn’t let him enjoy the life. You earn money to enjoy life, not for saving them. Eating blue cheese is very harmful unless it’s a special cheese… Constantly feeling cold is harmful for children and elderly people, as their organism is not very strong.
I remember my granny told me about the way they lived during the war (she passed away, unfortunately). And I know she wanted us to live better – never eating bad food or feeling cold or wearing bad clothes. And in her memory, and I and my children will never live this way, just to feel every day we live in peace and we have means.
PS I do not ever overspend and have no debts – only auto loan. I earn not much, but quite enough to live without worries.

Your dad sounds like a wise man. I practice several of the things you mentioned….umm, not the shower, but that’s really not a bad idea!

There is a restaurant in Denver where the sinks to wash your hands are afixed to the top of the toilet tanks – this is disconcerting at first but brilliant upon closer reflection. The water is used twice and who cares if the water in the tank has come from washed hands of the last person? They have a little sign that tells you about it and why it’s sanitary, etc. to assuage people’s fears – but really – if you think about it, our system is really screwed up – we essentially do everything wrong if thinking of sustainability – we all act like a bunch of teenagers – always just interested in what we want instead of what’s good for everyone involved. So maybe the crazy ones are the majority.

That is totally my dad. And I’m turning into him even though I’m female. LOL I now own a children’s consignment store (and I too, am in debt up to my eyeballs but that’s for another day…) and he wants to unscrew every other fluorescent bulb so my electric bill won’t be so high. Yes, Dad, but people won’t buy what they can’t see. He’s a trip but I admire the fact that he’s debt free and has enjoyed his retirement for the past 15 years.

This is an old post, but I thoroughly enjoyed it 🙂
Your dad is certainly very frugal, and a great role model, even if you decide not to do all of the things he does.
When I brush my teeth, I turn on the hot water. By the time I’m done, the water is getting hot, and I can jump into the shower immediately.
Flush the toilet every second time for ‘mellow yellow’.
I use a towel until it has holes in it, and is too far gone to use anymore. Then I cut out the holes, and make washcloths. After they have dissentgrated, they are used as rags.
I repair clothespins whenever possible. If they are plastic, and the tops snap off, as long as I can manually pry them open, they are still useful.
After I squeeze all the toothpaste out, I cut open the tube..for a few more uses.
I have washed styrofoam meat trays for disposable picnic plates, or if the power goes out.
When my lip balm tube is empty, I start a new one to keep in my pocket, but I manually dig out the remaining bits of my old one, for bedtime use.
Many non-frugal people may think your dad is denying himself stuff. I would bet, he sees it as a kind of game, and being frugal is a satisfying sport. I know I do.
We housesit alot when we travel.We camp other times in our van.