Some items in the Costco bakery are better deals than others. By knowing which products provide the most bang for your buck, and which bakery items can be “hacked” for even MORE savings, you’ll be way ahead of the game. Here are 7 bakery hacks that will make you feel like a Costco genius. 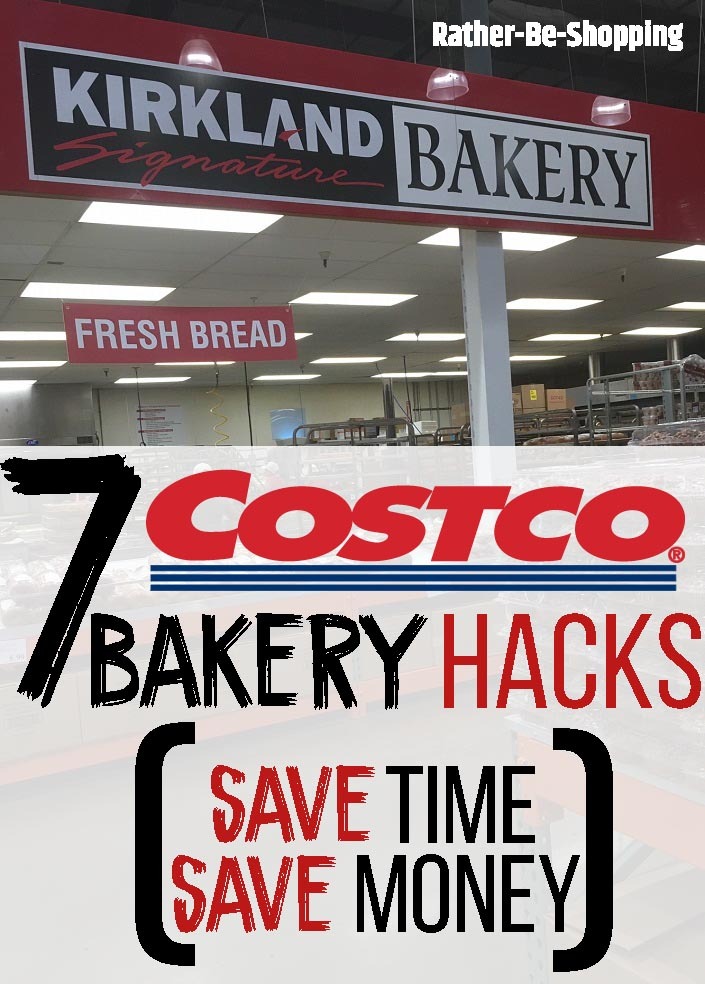 Are you familiar with the couple who created an AMAZING wedding cake by using only 2 sheet cakes from the Costco bakery and some flowers from Trader Joe’s?

It came out kinda amazing and only set them back about $50.

How exactly did they do it?

“Basically we cut the sheet cakes into squares, stacked them with homemade buttercream frosting and then threw some flowers on it from Trader Joe’s,” they told ABC News.

Go check out all the pictures for yourself.

2. The Freezer Is Your Friend 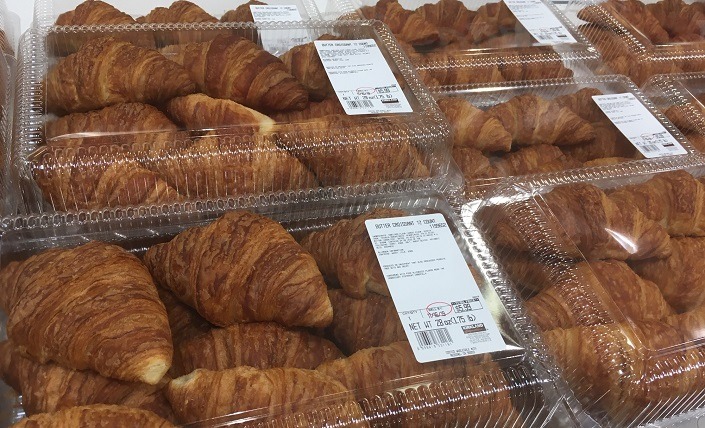 My kids absolutely love the 12-pack of Costco muffins.

But they’re absolutely HUGE and they often got stale before they finished them all.

So we decided to try freezing them and much to our delight they freeze really well.

We discovered that you can microwave them at 50% power and they defrost quickly and evenly.

Apparently Costco muffins is not all that freezes well from the bakery section.

This Reddit user said “The butter croissants freeze wonderfully as well! I freeze them 4 a piece in a Ziploc bag, and throw them in the oven in the morning. Turn the oven on to 350 and by the time it’s preheated, my croissant is crispy and delicious.”

Speaking of the croissants at Costco, check out this yummy (and easy) recipe for Chicken Salad Croissant Sandwiches.

See Also: Costco Hack: How to REALLY Buy in Bulk and Save Money

3. Pies the Size of Manhole Covers 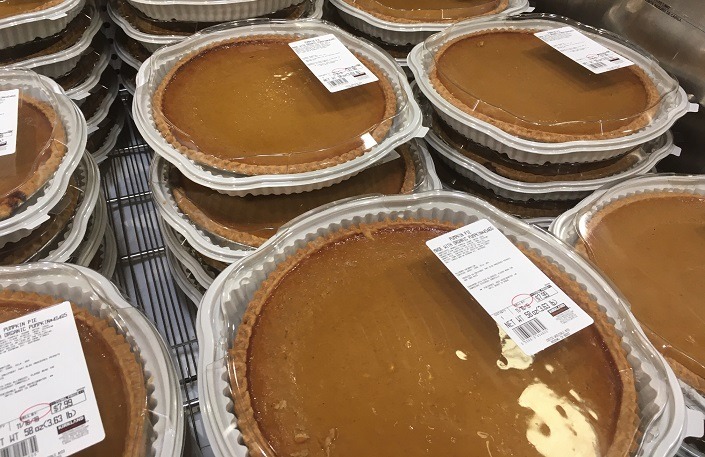 Not sure why you’d buy pie anywhere other than Costco, especially when feeding large groups around Thanksgiving and Christmas.

The lattice-cut apple pie (made with organic apples) is a little more spendy at $12.99 but the thing is HUGE, weighing in at 4.69 pounds.

With an apple pie weighing that much, you’re essentially getting 2 full pies for the price of one.

But this hack is all about the pumpkin pie. The creative ladies at Krazy Coupon Lady have come up with some really clever ways to dress up an otherwise boring Costco pumpkin pie.

Plus, you’ll be less likely to waste leftover pie if you have some creative things to do with it. 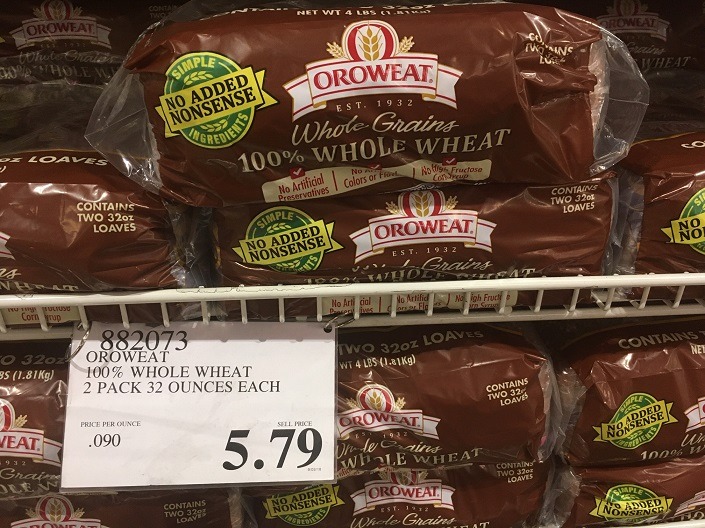 TheKitchn did a thorough comparison of bread prices (and varieties available) at Costco, Whole Foods, and Trader Joe’s.

They discovered that Costco won on UNIT price with their French bread, sliced whole wheat, sandwich rolls, and hamburger buns.

Their hot dog buns won as well but they gave the prize to Trader Joe’s as the buns at Costco are too small for jumbo dogs.

You tend to get more bread than a normal family can eat so be sure to use your freezer.

5. The Tiramisu is a BIG Bargain 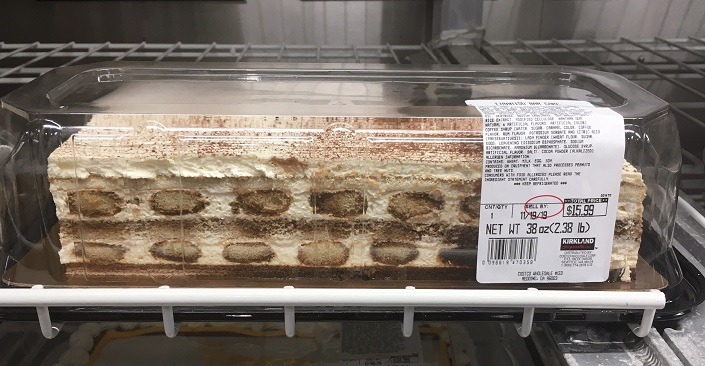 The Costco tiramisu cake comes in at $15.99 and is bigger than most logs that I’ve seen Kermit sitting on.

If you’ve ever tried to make tiramisu yourself, you know just how time consuming it is to make and the ingredients can get expensive.

Skip the effort next time and save BIG by buying Costco’s yummy version.

My only complaint….more ladyfingers, less mascarpone.

6. Sheet Cakes are a BIG Bargain 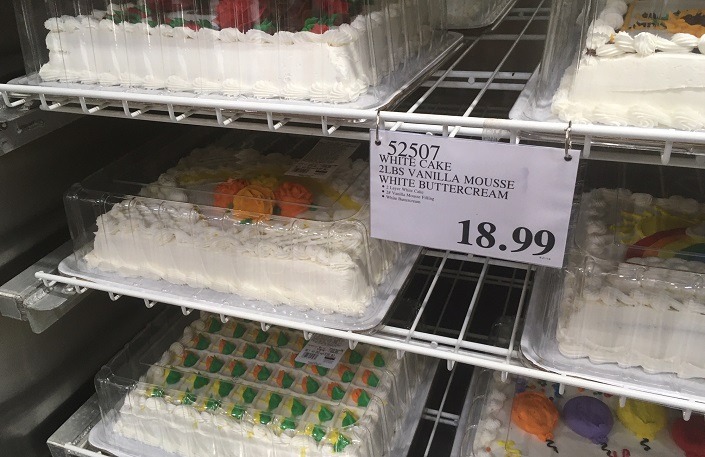 Since I’ve already mentioned Costco sheet cakes with the “wedding cake hack”, I thought I should expand on them a bit.

Coming in at $18.99 for a cake with 2 pounds of filling, the prices at Costco are hard to beat.

But the best part is they’re completely customizable to fit whatever occasion you’re celebrating.

Justine at the Little Dove blog has come up with a very clever way to order a blank “scored” cake from Costco that she can easily decorate however she wants.

The results are amazing and will change the way you buy and decorate cake forever. 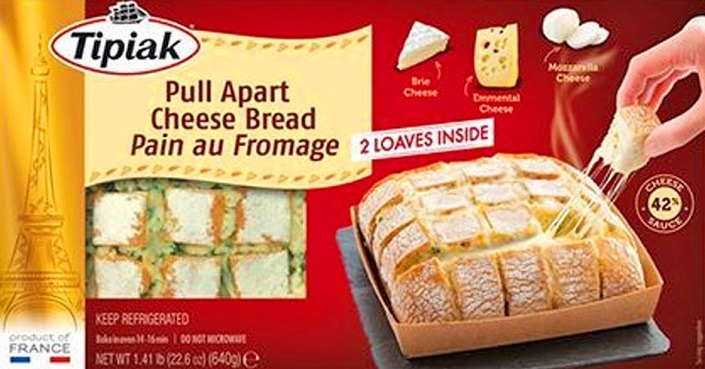 While not exactly a bakery item, the new pull apart cheese bread at Costco has the Internet in a total frenzy.

Warm it up in the oven and apparently you’ll head straight to heaven on the first bite.

You’ll find it in the refrigerated section at Costco and it’s made by Tipiak. It comes with 2 loaves as well.

Have you tried it? Let me know in the comments section.

Ask the Reader: What Costco bakery hacks or tips do you have up your sleeve? Let me know below.