I love Costco. I mean what other store can you walk-in for toilet paper and dog food, and walk-out with $10 Adidas sweats, a box of Snickers, and a camping chair that would make Edmund Hillary jealous.

So when my frugal hero Clark Howard walked around a Costco warehouse with their CEO Craig Jelinek, I was all ears. I knew some good insider savings tips would be the result of the conversation. Here are a few of the key takeaways that can help you save some money on your next trip to Costco. 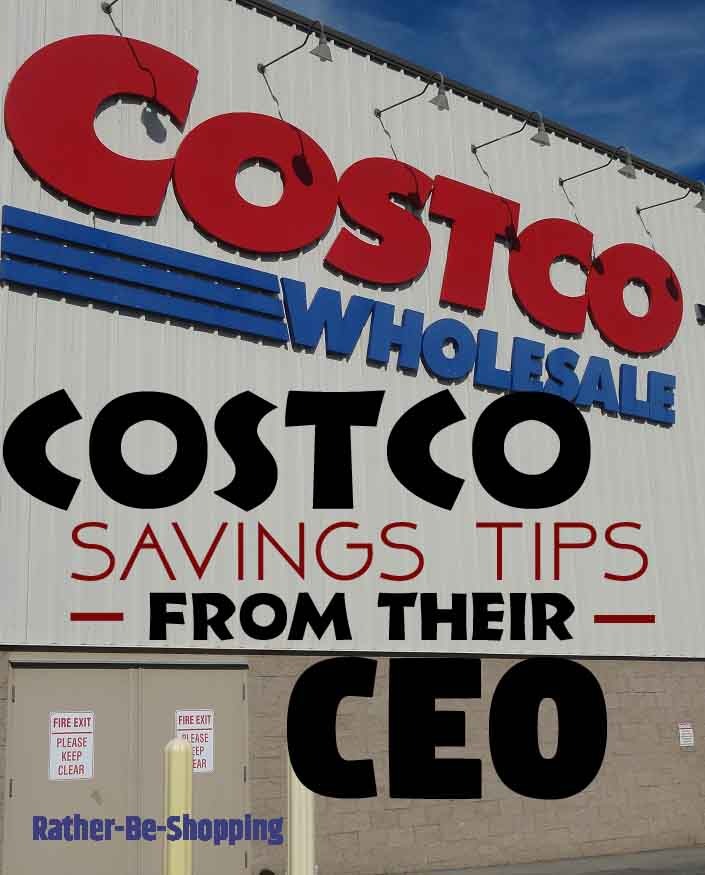 Many Kirkland Products are Made by Name-Brands

I’ve written about this before, but it was still awesome to have the Costco CEO confirm it. Many Kirkland Signature items are indeed made by top name-brands and repackaged specifically for Costco.

Jelinek confirmed to Howard that Kirkland batteries were actually manufactured by Duracell, making them a great value in my book. Pretty sure I’ll only be buying my batteries from Costco this point forward.

Jelinek also confirmed that in recent years Costco has listened to their loyal customers and broken down quantity sizes into more usable portions.

He used the 15lb bag of grapefruit as an example. It was just too damn big and would end up being wasted by many. So Costco cut the size of the bag in half and sales went way up.

The same can be seen with frozen chicken breasts, frozen fish, and even things like peanut butter and condiments. Instead of one HUGE jar of Skippy, they sell it in a 2-pack that allows you to store the extra one in the pantry until you need it.

The result is a store where bulk buying really does make sense and won’t lead to a lot of waste.

When Does Costco Beat Sam’s Club?

I thought it was interesting that the Costco CEO admitted that their pricing is not much different than Sam’s Club on things like toothpaste, shampoo, shaving cream, and the like.

So where does Costco win the warehouse club battle?

See Also: Sam’s Club Vs Costco: Which Warehouse Club Will Save You More?

The CEO told Howard that shoppers get burned out seeing the same stuff on Costco shelves month-after-month.

So a ton of merchandise gets moved out of the warehouse after just 3-4 months.

How To Keep Your Spending In-Check?

Costco makes it really easy to overspend. Have you ever noticed that they put the “cool” products up front so you have to walk buy them to get to the staples? It’s not on accident.

This makes it very easy to buy the stuff you had no intention of purchasing, but clearly cannot live without.

“One of the things we like is when people come in and say, ‘I hate you guys. I came in to buy three things and I spent $300.’ That’s kind of a good thing if you’re selling merchandise,” Jelinek said.

Not so good if you’re living on a budget. Clark actually has a really good tip to help out. He recommends shopping without a cart and buying only what you can carry.

This obviously won’t work on every trip to Costco, but if you’re only running in for a few things, it’s great advice.

As a well dressed fellow, his favorite item is the Kirkland Signature dress shirt, which sell for $17.99. He said it’s a very well-made shirt with buttons that will never break. I actually own one of these shirts and it’s by far the thickest dress shirt I own.

Ask the Reader: How do you save money at Costco? Or do you prefer to shop at Sam’s Club or Amazon for everyday products?

Now go check out the rest of Clark’s convo with the Costco CEO for even more tips:

Costco CEO shares 13 secrets with Clark to help you save money  |  Clark.com

I don’t have a Sam’s Club nearby – so Costco is my go-to bulk store. I compare prices like crazy among non-food items at Costco and Amazon, because while Costco is fairly constant, Amazon can vary wildly. I also keep an eye on Costco coupons and try to stock up on my favorite items when discounted.