Does Amazon Currently Drug Test? The Answer Might Surprise You 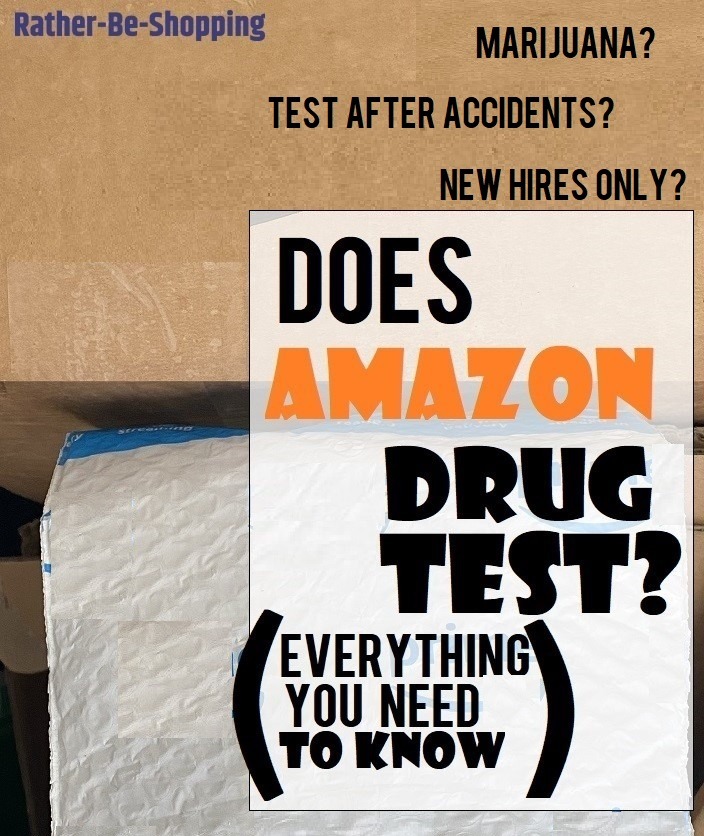 You can expect a mouth swab as part of the hiring process or during a random drug test after your employment has started.

Amazon has their drug tests sent to Quest Diagnostics.

Amazon tests for opiates, cocaine, amphetamines, and PCP to name a few.

But…in the vast majority of cases, Amazon NO LONGER tests for marijuana…more on that below.

What If I Failed a Marijuana Test in the Past?

If you previously failed a marijuana screening, or were fired over a positive test, you are NOW eligible to apply again with Amazon.

This covers anyone who failed a drug test prior to September 2021.

Amazon has stated publicly that this policy change is in response to the country’s reform of their “cannabis policy”.

Are Any Jobs at Amazon Subject to Marijuana Test?

Any position at Amazon that is regulated by the Department of Transportation will still be screened for marijuana.

The obvious positions that come to mind include truck drivers and heavy equipment operators.

Do Corporate Employees Also Have to Drug Test?

Currently, corporate employees at Amazon are not subject to drug tests.

But Amazon does leave the door open if they have suspicions or reasonable grounds to believe that a corporate employee is under the influence of illicit drugs or alcohol.

At which point Amazon can ask the employee to perform a mouth swab drug test.

Will Amazon Drug Test After an Accident?

Amazon reserves the right to do what they term “impairment” checks after an on-the-job accident or incident.

This includes testing for drugs and alcohol which can lead to you losing your job if you are found to be working while under the influence.

In an effort to keep their workplace as safe as possible, Amazon will continue to perform drug tests.

But as Amazon has a harder time filling some positions, they very well might become even less strict on their testing policy.

This certainly was the case with how Amazon viewed marijuana use, as many states have made weed legal in recent years.

Ask the Reader: Have you ever worked at Amazon and had to take a drug test? Was it an easy process? Am I missing any important details? Let me know in the comments, thanks.

Well I just took the DT and I recently came in contact with some Herb……..I’ll be back to share results……..fingers crossed

Amazon is the Best.

They hire you with thc in your system?

So I take it they still hired you?

I got tested at CHA1 Thursday Aug 4,2022. I have been with Amazon 5 years Aug 26th. I failed due to going to pain management and was walked to the door. I’m not sure if I still have a job or not. My status says suspended. Has anyone else had this problem?

I was randomly tested today. I’m in accommodation and I take Adderall and they know that. So I must have failed because I was told to clock out and wait to hear from someone. I’ve had no accidents and I work in a department that doesn’t even have a rate per hour. Waiting for more information. I do not use any other type of drugs or alcohol. Go figure.

Yup. Just happened to me with my adderall rx. Humiliated and not private at all

Oh my God. So humiliating! I felt like I was doing the walk of shame when I had to leave the building.

Can the swap test make you sick? What if you have to take 3 tests because first 2 were faulty?

I’m on my 3rd test right now smh this is ridiculous!! Its dirty not my fault it comes up inconclusive twice