How to Hack Your Keurig 2.0 to Save Money and Brew a Great Cup of Coffee

I just got a new Keurig 2.0 coffee maker for Christmas. As a guy who loves coffee almost as much as I love caffeine, I was super stoked to start brewing individual cups of hot and tasty goodness. But I soon realized that there are some easy ways to hack my Keurig 2.0 to get the most use out of it, many of which beat Kuerig at their own game of separating me from my money. Here are some awesome Keurig hacks that will save you money, time, and frustration. 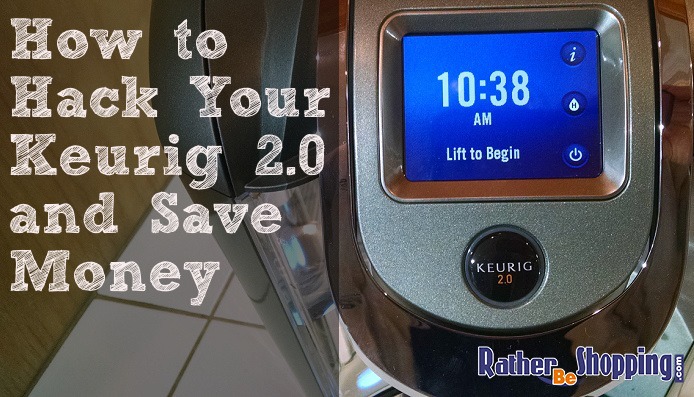 How to Use K-Cups That Aren’t Keurig Branded

The Keurig 2.0 coffee maker simply won’t brew K-Cups that are NOT licensed for use on the 2.0 system. On the lid of the K-Cup it will say “Keurig Brewed” around the edge of the lid, which tells you it’ll work on the Keurig 2.0. If you try any generic, or off-branded K-Cup, you’re out-of-luck and stuck with coffee you can’t use because the new Keurig does a digital read of the lid and can determine what type of K-Cup you’re attempting to use. But alas, there’s a way to hack your Keurig K-Cups so you can use any K-Kup on the 2.0: 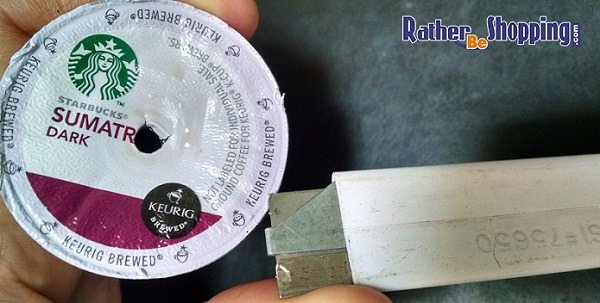 How to Use a Refillable K-Cup on the Keurig 2.0

In an attempt to take more of your money, and force you to buy expensive K-Kups, the Keurig 2.0 in not compatible with any refillable K-Kup. But if you’re like me, you don’t want to have to buy expensive K-Cups all the time, but would rather use a refillable K-Cup and brew whatever type of coffee you want (for pennies on the dollar).

An easy solution is to use the “Keurig Branded” lid that you removed (see above steps) and affix it to the top of a refillable K-Kup with a couple small pieces of scotch tape and you’re good to go. I recommend changing the tape after every 10-12 cups of coffee brewed as it tends to get a little grimy.

But I can promise you it won’t affect the taste of your morning cup of Joe and it’ll save you a bunch of money in process by allowing you to brew your own coffee and never have to buy an expensive K-Kup again.

Use a Toothpick to Unlock Cool Features

I heard about this tip from a friend of mine who REALLY likes coffee and uses a coffee mug the size of a gas can. He showed me how to use a toothpick to unlock some cool features that includes a larger cup size. Here’s how it works: 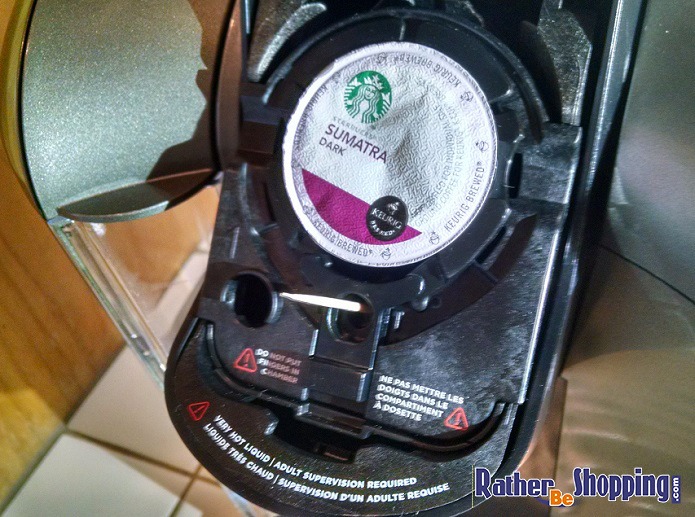 What Else Can You Do with Your Keurig?

I haven’t used this particular Keurig but it sounds like it’s a really nice brewer. I also love that trick, haven’t heard of it before but it would really be amazing to see how a toothpick works out that way. Thanks a lot for the stunning review.

These Keurig 2 machines are so bad because of the Kcup compatibility issue that Walmart is dumping them for $99. Elsewhere on the Internet, there’s a You Tube video that shows how to do a hack that bypasses the “Oops”. Remove 2 screws under the lift cover, remove it, cut the green wire, and re-assemble — about a 10 minute task. I did this to a friend’s Keurig 2, and this permanently fixed the “Oops” problem. I still wouldn’the buy one, even for $99.

It works just did it!!

I look at the 2.0 hack and there is no hole to insert a toothpick

I think the new Keurig’s don’t require this any more.

The toothpick is unnecessary. Just pull the front sizing tab forward and insert your K-cup a little deeper (not too deep but flush with the rim). Let the sizing tab grip the k-cup back and close. The Keurig 2.0 should now offer you a new menu (1 to 6) with 2 being 14oz.

My last few order of k cups from amazon INCLUDED a snap-on keurig adapter that
the newer keurig coffee makers “sense/detect” as a real, authentic version 2 coffee cup/pod.
Makes life so much easier.
Just remember to remove adapter from k-cup, before pitching the k-cup.