Is Shein Legit? Let’s Break Down the Good, Bad, & Ugly

When it comes to purchasing fashionable clothes at a reasonable price, sometimes you’ve got to wonder if something is too good to be true. This is the case with booming online apparel store, Shein. As Shein continues to skyrocket in popularity, people cannot help but ask if Shein is legit due to its highly affordable prices and large catalogue of clothes. If you’re looking to snag yourself some new clothes at an unbeatable price but aren’t sure if Shein can be trusted, keep reading on for everything you need to know about this apparel company. 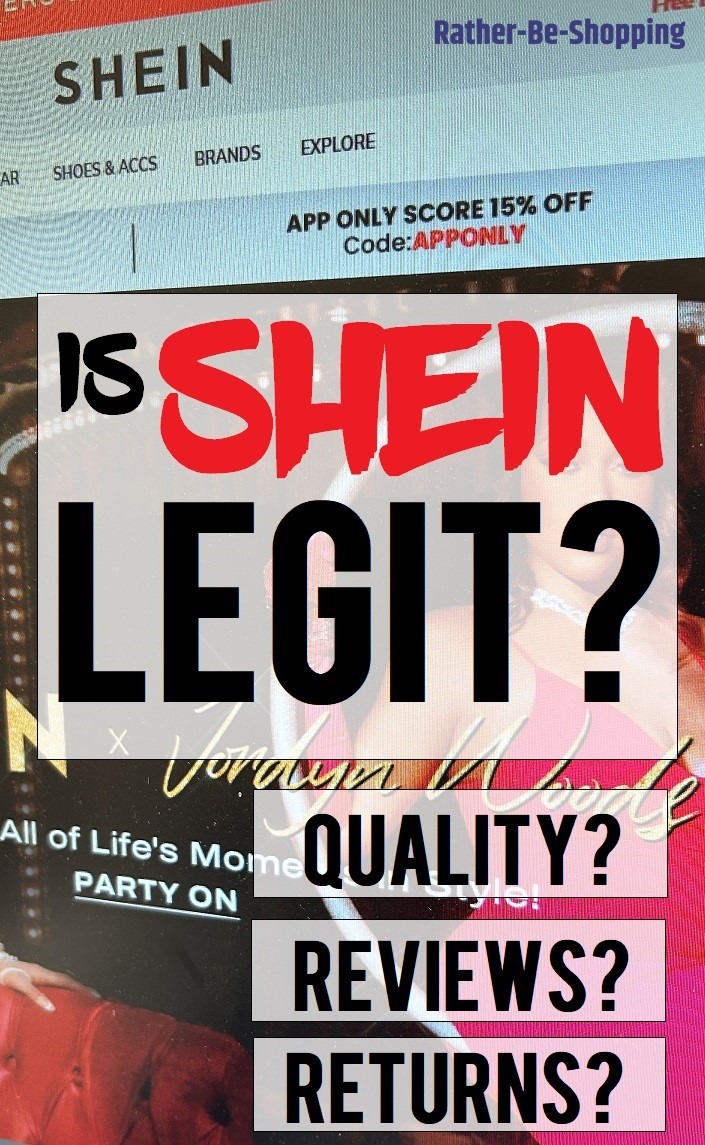 They employ nearly 10,000 employees worldwide and sell to over 150 countries.

While the company started with humble beginnings in 2012, it is now considered the largest online-only fashion company in the world, having earned an estimated $10 billion in revenue in 2020.

Where is Shein Located?

While Shein’s head office is located in China, they have several factories worldwide and countless relationships with external manufacturers and suppliers.

Does Shein Have Good Reviews?

While some people have great success with clothing from Shein, others do not.

While not officially BBB Accredited, the BBB has issued an official alert noting that Shein is taking orders and processing payment but not delivering the merchandise or providing refunds.

If you’re not sure what to expect when placing an order, here are a few reviews taken from Trustpilot for reference:

“I love SHEIN. I’ve never had a problem with my order and the price is fantastic” – Charlotte Steadman

“Honestly I like Shein for very convenient shopping but the quality of the products are not 100% satisfying.” – Mary Joy

“I made an order and received the wrong items. I was told I had to send back the incorrect items before they would re-ship the items I originally ordered. I also paid for express delivery and have not even been offered a refund for my inconvenience. I will not be using them again.” – Rebecca Patrick

“Shein is unethical. They treat their workers very badly and their workers get paid a very small wage (not enough to live on). The materials are so cheap, unsustainable and just generally not nice to wear.” – Anonymous

Given that Shein sells so many different types of clothing and home items, some are considered good quality while others are not.

It’s helpful to look at each item’s reviews to better understand the quality of each item as the picture does not always reflect what’s received.

So When Does It Make Sense to Shop at Shein?

Because the quality of Shein clothing is a bit questionable, it’s smart to think about EXACTLY what you’re buying from them.

In other words, it doesn’t make a lot of sense to buy the foundation pieces of your wardrobe at Shein because you’ll be replacing them fairly quickly.

Instead, think of Shein clothing as a good place to buy trendy clothing that might only last a season, which is fine because it’ll probably be out of style next year anyways.

Does It Take a Long Time to Get Items Delivered?

On average, Shein takes 1-3 weeks to deliver orders to the United States.

This depends on a number of factors such as shipping method and where the buyer is located.

It’s also common to receive items from a single order on different days given that different stock is kept at various warehouses.

Surprisingly enough, Shein has a straightforward return policy of 45 days after purchase.

If you return clothing items from a single order in one package, the return is free of charge.

All you have to do is note down the items you’re returning, print the return label and ship it.

It’s important to note that Shein does NOT accept returns for the following items:

– Cosmetics (if the hygiene seal is broken)

If you’re having trouble making a return at Shein, check out our detailed article on their return policy.

Be sure to check out the comments as well as MANY return questions get answered by our readers.

See Also: 8 Highly Clever Tricks to Save Money at Athleta

Does Shein Use Child Labor?

While Shein has been accused of using child labor, they vehemently deny this claim.

It has, however, been found that some of Shein supplier’s workers have been forced to work 75-hour weeks by Swiss advocacy group, Public Eye.

Given that they are a poster child for what’s known as “fast fashion”, they have faced scrutiny over their supply chains and worker conditions.

Is Shein Associated with the BBB?

Shein is not BBB accredited in the least.

This leads some shoppers to believe they might not be a legitimate company.

But they are legit, just not based in the U.S., so they have no need to seek accreditation.

Does Shein Have a Large Selection?

Shein has pages upon pages of clothing items for sale – much more than traditional online clothing stores.

Can I Find Their Clothing on Amazon? 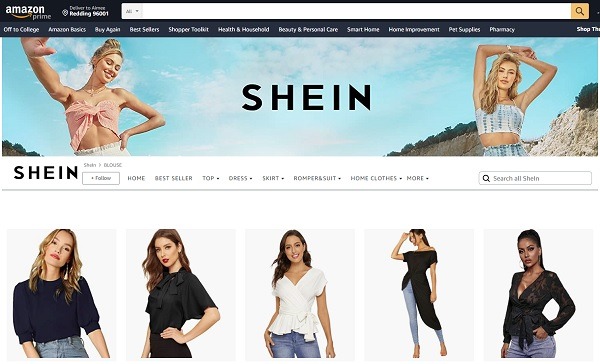 You absolutely can purchase clothing from Shein directly from their store on Amazon.

While the pricing found on Amazon is slightly higher than their website, it is still considered low and affordable.

Similar to their website, most of the clothing purchased from Amazon directly still takes 1-3 weeks to arrive even though it’s advertised as FREE Prime Shipping.

But upon further research, there are many Shein items that will delivery in 2-5 days.

Hack Alert: If you’re a Prime member, be sure to check out the Amazon Wardrobe program as it allows you to buy hundreds of Shein styles and try them on at home and only pay for the items you decide to keep.

If you don’t like it, you just send it back for free and you’ll never be charged.

Makes for a GREAT way to test out their product quality, sizing, and styles with ZERO risk.

Also, the majority of Shein clothing sold on Amazon (via their direct shop) is eligible for return, refund or replacement within 30 days of receipt.

See Also: Amazon Prime Wardrobe: Insider Tips to Make It Work For You

Ask the Reader: Have you ever purchased clothing items from Shein? What was the process like for you?

I have purchased two different dresses one year apart but never received them OR a refund!! I will NEVER use them again.
Such creeps!!

This company is a complete RIPOFF!

I have recently purchased for the first time, the order have not arrived and they sent me a msg that order failed bcaus of wrong address, or phone numbers yet no one ever called me abt delivery, this is very strange. I am dissappointed .

Be careful and read all the comments properly before deciding to purchase a product.

The rating in SHEIN’s website is either faulty or deliberately so. Even with a ONE star rating, after posting negative comments on the product purchased, the rating automatically published as FIVE STARS rating for all the comments.

This company is a scam! Ordered clothing and never received it! No way to contact customer service! They should not be allowed to do business in the US

I make two different buy and never received my order