Netflix Vs. Amazon Prime Video Vs. Hulu Plus: Which is Right For You?

If you’ve joined the tech revolution and joined the smart folks “cutting the cord”, and getting rid of their high cable or satellite TV bill, this article’s for you. By far the three best alternatives to cable are the streaming services known as Netflix, Hulu Plus, and Amazon Prime Video. But which really is best for you based on your viewing habits and wants?

It’s with this in-mind that I breakdown all three services in terms of price, free trial, and of course programming. I also throw in a few hacks to make your viewing experience even better. Hopefully this article will help you make the right choice. 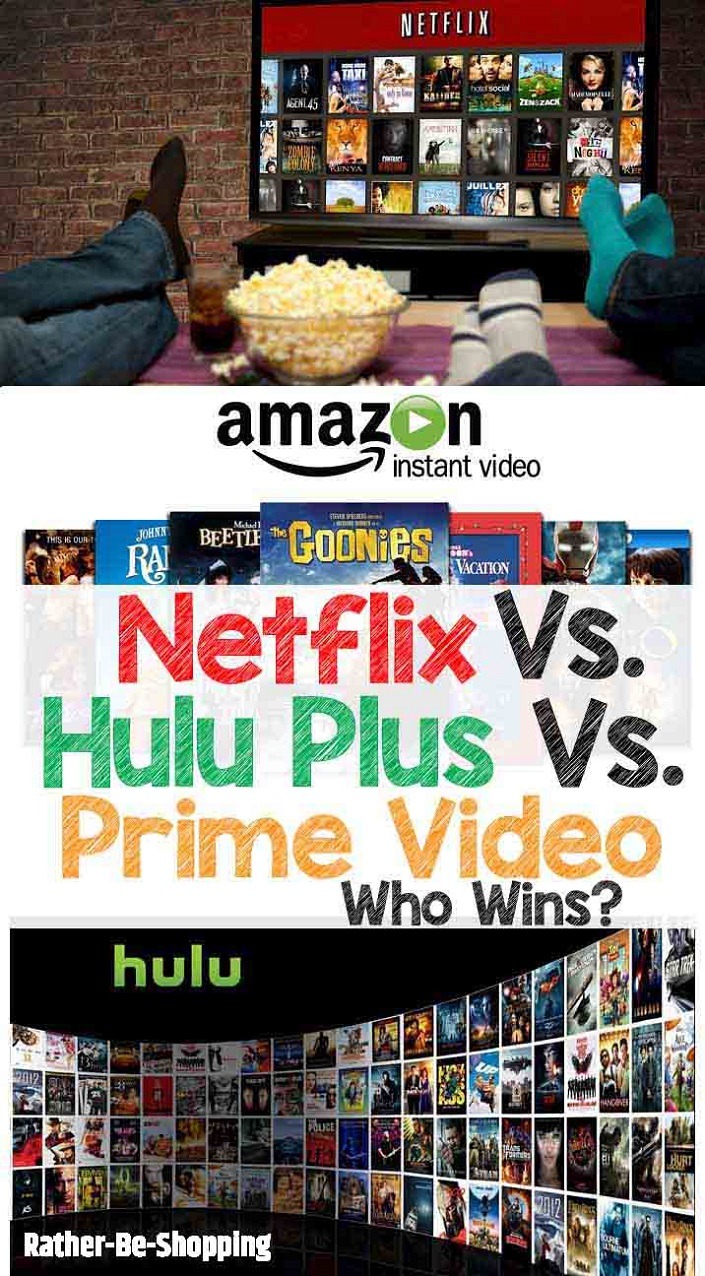 How do Netflix, Hulu and Prime Video compare in terms of price.

Prime Video – $8.25/month. In order to get Amazon Prime Video you have to pay $119/annually for an Amazon Prime membership with will score you a bunch of cool perks including of course 2-day shipping.

Hulu Plus is the clear winner here, but you’ll have to put up with some commercials to get the $5.99 per month price.

But if you already have a Prime membership, Amazon is a pretty cheap option too.

While you’ll have to give them your credit card info to start your trial, they give you the handy option of selecting “Do Not Upgrade” which means your trial will automatically end after 30 days.

Netflix – Netflix offers a fairly liberal 30-day free trial. To get your free trial started, you need to register with Netflix and enter your credit card information.

Then if you don’t cancel before your trial expires you’ll be charged for one month of service.

I recommend setting up an alert on your smartphone on day 29 to remind you to analyze your usage and cancel if need be.

Hulu Plus – Hulu Plus offers a skimpy 1-week trial period and be careful as you’ll be charged for a full month if you don’t cancel before your week is up.

Netflix and Prime Video win this category with their liberal 30-day trial period.

Netflix – Netflix easily has the best selection of the 3.

Literally thousands of TV shows and movies available for instant streaming with no commercials that changes every month. Netflix also provides popular original series, including “Marco Polo,” “House of Cards,” and “Orange Is the New Black”.

Prime Video – Amazon has some popular original programming like “Mozart in the Jungle”, “Transparent”, and “Alpha House” to name a few.

Those aside, their selection is not quite as strong as Netflix, especially when it comes to HD programming.

Hulu Plus – If you tend to watch more TV shows that movies, Hulu Plus just might be for you.

They update their TV programming much more frequently than the other two, so you’ll definitely see the newest episode of your favorite show much sooner with Hulu.

As a matter of fact, most new episodes appear on Hulu Plus the day after they air on network TV.

Not a clear winner here. It really boils down to what you like to watch.

Prime Video – If you have a family member or friend who has a Prime membership, but doesn’t use the streaming service, ask if they’ll let you login with their credentials and start watching.

Easy Amazon hack to get around paying the $99 a year.

Netflix – I’ve discussed some cool Netflix hacks in the past. Easily my favorite is using a free Netflix “unblocker” like Hola.org, you’ll be able to tap into the content that Netflix is offering other countries.

Before you ask, yes, Netflix offers different TV shows and movies to other countries.

So if you’re ticked off that Canada gets The Middle, but you can’t view it in the U.S., you now have a cool work-around.

Hulu Plus – While not necessarily a hack, if you’ve never used Hulu Plus before, it’s hard to beat their $5.99/month plan for the first year.

If you’re a recent cord-cutter this is a no brainer.

Note: I’ll add new hacks for Netflix, Hulu, and Prime Video as I discover them.

So…Which is Right For You?

Without a doubt, one of the more popular Amazon Prime benefits is Prime Video.

Thousands of TV shows, movies, and documentaries available for viewing, at no extra cost.

If you already have a Prime membership, and thus access to Prime Video, it’s probably not worth it to also join Hulu or Netflix.

But…if you aren’t an Amazon Prime member, Netflix and Hulu Plus are both solid alternatives.

Netflix is a little more expensive than Hulu, but they have significantly more programming available, especially movies and documentaries.

On the flipside, if you tend to watch more TV than movies, Hulu Plus is the clear winner.

This is because they often have the newest episodes of your favorite TV shows available the day after they air on network TV.

Ask the Reader: The choice is yours. Which streaming service are you going to sign-up for: Netflix, Prime Video, or Hulu Plus?

The problem with Netflix if you are an English speaker is the amount of foreign movies they add to get their number of movies offered tally up. That and the low budget B films along with the made for tv offerings really weigh on you when trying to find something interesting to watch.

Looks as if Hulu would be better for me, because I only watch regular tv. I also record almost everything I watch, so I can watch at my leisure. Also the price is better. I don’t know if recording is an option. I have a friend that has Netflix and is very disappointed in the offerings. I must reduce the cost of all this since I am disabled with limited income. This is all very confusing for me.