If you found this article you’re either 14 or 15 years old and looking for a job, or you’re the parent of one and want them out of the house earning their own spending money. In either case, you’re in the right spot. Not only did I find 24 places that hire employees younger than 16, but I also breakdown the type of work you can expect to find, what you can expect to get paid, and everything else you need to know before you apply for the job. Let’s get to it. 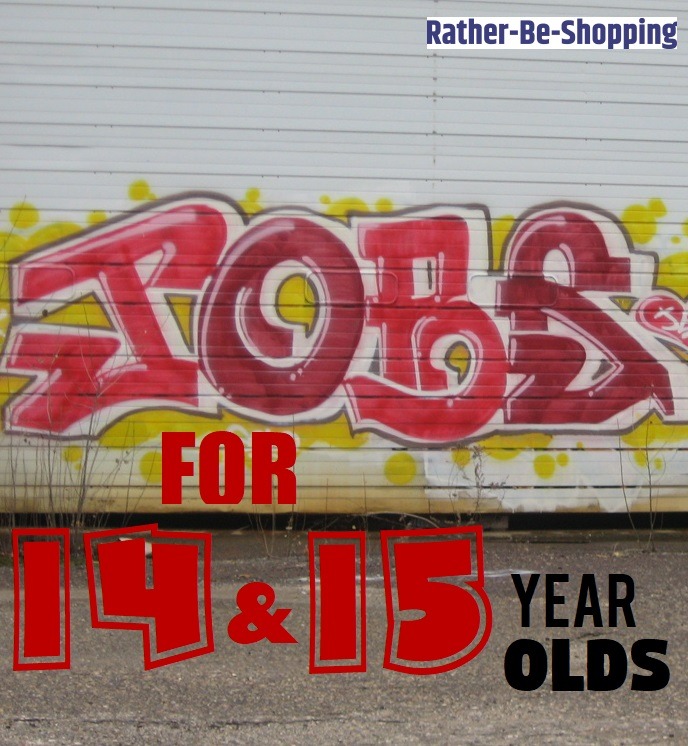 Do All States Allow for the Hiring of 14 or 15 Year Olds?

Most states allow 14 and 15 year olds to work but have stipulations on the number of hours they can work per day and per week.

HERE IS a really good list of stipulations from the U.S. Department of Labor broken down by state.

By Law, What is the Minimum Salary Allowed?

Employers can choose to pay employees under 20 years of age a “training wage” for the first 90 days of employment.

Do I Need a Work Permit?

If you are currently aged 14 or 15 you can get a work permit from your high school counselor.

The only jobs that don’t require one are newspaper delivery, yard work (at private homes) and babysitting.

Work permits verify your age and serve as verification that you attend school full-time.

Pretty much everything that does NOT involve manufacturing, operating machinery, power tools, or operating a vehicle or truck.

As a general rule, you WILL be able to find work doing the following tasks:

How Many Hours Can Young Teens Work?

As a general rule, 14 and 15 year old employees CANNOT work more than 3 hours on a school day.

Also, the maximum number of hours worked per week when school is in session is limited to 18 hours.

During summer months (or when school is not in session) this increases to 40 hours per week and 8 hours per day as maximums.

You also cannot work before 7 a.m. or after 7 p.m. except during summer months.

It says right on the AMC corporate page that they often hire those between 14-17 years old.

They then say to contact your local AMC to see if you live in a state that can hire someone under 18 years of age.

I’ve also been told that many locations require you to be 16 but exceptions are often made. So it’s worth a look!

The folks at Baskin Robbins will hire 14 or 15 if your state allows for it.

All BR locations are independently owned so your mileage may vary from one shop to the next.

Depending on the state you live in, many Ben & Jerry’s locations hire 15 year olds.

14 might be too young but it’s always worth a shot.

Bruster’s Ice Cream shops has no problem hiring young adults under 16 when permissible by state law.

15 year old applicants appear to have more success getting hired than 14 year olds.

Check out their jobs page to see which locations are currently hiring.

15 year old teens can get hired in some states by Burger King, but they’ll need a work permit to do so.

It appears that 14 year old applicants have a chance as well, but they’ll not be allowed to do what BK deems as “hazardous” restaurant tasks.

See Also: 13 Clever Ways to Make Money From Home in Your PJ’s

Depending on the state you live in, the minimum age to apply for a job at Chick-fil-A is 14.

Plus, if you get hired, you’ll score a 50% employee discount on all of their yummy chow. Winning!

You won’t be able to work in the kitchen, but many Culver’s locations will hire 14 or 15 year old teens.

You might be cleaning and setting tables but you’ll quickly move up to server or kitchen work once you reach 16, 17, or 18.

Some Dairy Queen locations hire as young as 14.

Because DQ’s are independently owned, it often comes to management discretion but it’s definitely a place to check out.

In case you’re curious they operate “120 stores in a six-state region in the heart of the Midwest, including Iowa, Illinois, Minnesota, Missouri, Nebraska and South Dakota.”

The grocery store Hy-Vee has been known to hire workers as young as 15.

Inquire at your local store and see what the dealio is.

If you have a work permit you can apply at Kroger when you are 15 in many states.

Mickey D’s has customer service gigs for 15 year old young adults and some states will even hire at 14.

The cool thing about starting early working at McDonald’s is you can quickly get promoted and be a shift leader in no-time.

Papa Murphy’s has been known to hire at 15 quite often.

Inquire within and you could be getting paid to flip pizzas in a few short days.

The Publix website states that they hire cashiers at 14 years of age.

It appears that most jobs at Publix (besides cashier) require you to be at least 16.

If your state allows it, Rita’s Ice has no problem hiring you if you’re 14 or 15.

Apply in-person or visit the individual store’s website and click on Join the Team at the bottom of the page.

The last time I was in Nebraska and stopped in and had a YUMMY runza.

If you’re under 16, and looking for work, many Runza locations will hire you.

I was somewhat surprised that Safeway, along with parent company Albertsons, regularly hire 14 and 15 year old kids.

They are most likely to hire you as a cashier or “shelf stocker”.

A job for a kid under 16 would be pretty dope at Six Flags.

Whether you’re making cotton candy or helping load and unload rides, it would be kinda fun, you gotta admit.

This one came as a surprise.

I had no idea you could be a barista at 15 at Starbucks.

Turns out some S’bucks will even hire at 14 if your state allows it.

If you’re 15, and have a work permit, you stand a chance of getting hired at Taco Bell.

You’d start working in the dining room and work up to customer service behind the counter.

According to the Wegman’s site their minimum hiring age is 15.

They recommend getting your application in as you near your fifteenth birthday, and get your work permit from your high school.

Winn-Dixie has been known to hire 14 and 15 year workers.

If you have a Winn-Dixie in your town inquire within.

Ask the Reader: What places that hire at 14 or 15 years old did I miss? Let me know below and I’ll investigate.