The Shake Shack Secret Menu Will Make You Drool

Started in 2004 in Manhattan, Shake Shack has grown to over 100 locations spread out over the entire United States. From tasty burgers, hot dogs, fries, milkshakes, custards, and even beer and wine, they have something for almost everyone. But the goodness doesn’t stop at their regular menu, the Shake Shack secret menu takes the yumminess one step further. Here’s how their secret menu currently breaks down. 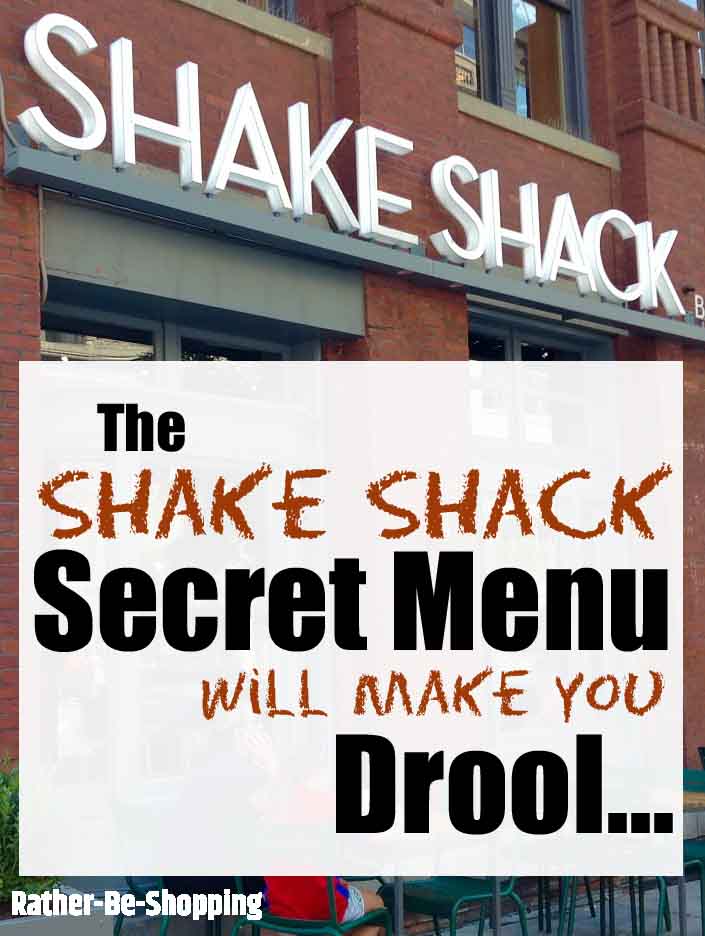 Interestingly, there isn’t a milkshake to be found on it. Here you go:

While their Root Beer Float has been a menu staple for years, many don’t know about their “Beer Float”.

This is because you can currently only get it at the Shake Shack located on the Strip in Las Vegas.

From Zagat, the float is a “Seasonal dark beer topped with vanilla frozen custard” and sells for a steep $7.95.

You’ll get their tasty Vienna dog topped with their deliciously gooey and yummy melted cheese.

Throw on some peppers and it’s the best “tube steak” you’ll ever eat.

Shack Sauce has reached legendary status over the years.

According to loyal connoisseurs, the sauce consists of “mayo, ketchup, a little yellow mustard, a hint of garlic and paprika, perhaps a touch of cayenne pepper”.

Did you know that you can ask for extra Shake Sauce, either on your burger or on the side?

Well, now you do. Enjoy.

Shake Shack ups the ante on their grilled cheese by flipping the buns inside-out before grilling them up. Takes on a bit of a “Texas toast” feel and is flat-out delicious.

Up the game a little further and consider adding bacon to your grilled cheese for a more heavenly experience.

To make it happen, simply order grilled buns and a frozen custard and build this bad boy yourself. Bon appetit.

I once had a bacon Jiffy burger at a local burger joint and it was one of the best burgers I ever had.

So when I heard that the Shake Shack secret menu included a peanut butter and bacon burger I was intrigued to say the least.

I was not disappointed by this beauty which had an excellent mix of sweet, sour, and spice and was a pure explosion of flavors in my mouth.

This is a Shake Shack burger without the bun for those watching their carb intake or are on a gluten free diet.

Word to the wise, you might want to eat this with a knife and fork as it’s a bit hard to pick up and eat with your hands.

Similar to the 4×4 from the In-N-Out Secret Menu, the Quad burger is 4 patties and 4 slices of cheese.

I’m guessing most of these were eaten by folks on a dare from their buddies. I think I could have easily handled one of these in college but those days are long gone.

Nowadays a Quad burger would be tasty on my lips, but would spend a lifetime on my hips.

This is their popular Shack-cago hot dog toppings thrown on any burger.

Never had it, but it’s suppose to be awesome. Let me know if you’ve tried it.

I love myself a Summer Shandy on a hot August day.

Now you can order one off the Shake Shack secret menu all year long.

All a Shandy consists of is lemonade and a beer of your choice. Yes, Shake Shack serves beer.

This is simply the Quad Burger (from above) with smoked bacon added to it.

Because hey, 4 patties and 4 slices of cheese is simply not enough calories. Let’s add bacon to it too.

While not nearly as catchy as the “Animal Style” fries from In-N-Out Burger, the Sport Pepper Cheese Fries from Shake Shack still sounds pretty darn tasty.

They start with their Cheese Fries (made with a blend of cheddar and American cheese sauce) and top them with chopped Sport Peppers.

In case you were wondering, sport peppers are considered a medium-hot pepper and provide a fair amount of spicy crunch for their small size.

Ask the Reader: Have you ever indulged from an item off the Shake Shack secret menu? Or maybe you have a new menu item for me to add, let me know in the comments section below.