If you live in the South you’re already keenly aware of just how delicious a Whataburger meal is. But maybe you want to spice up your next meal and order something from the Whataburger secret menu. “Hidden” food items that only true burger aficionados and employees are aware of. So I went out and did the mouth watering research to figure out exactly what’s on their secret menu. The result was about a dozen burgers and sandwiches that you need to stuff in your mouth ASAP. 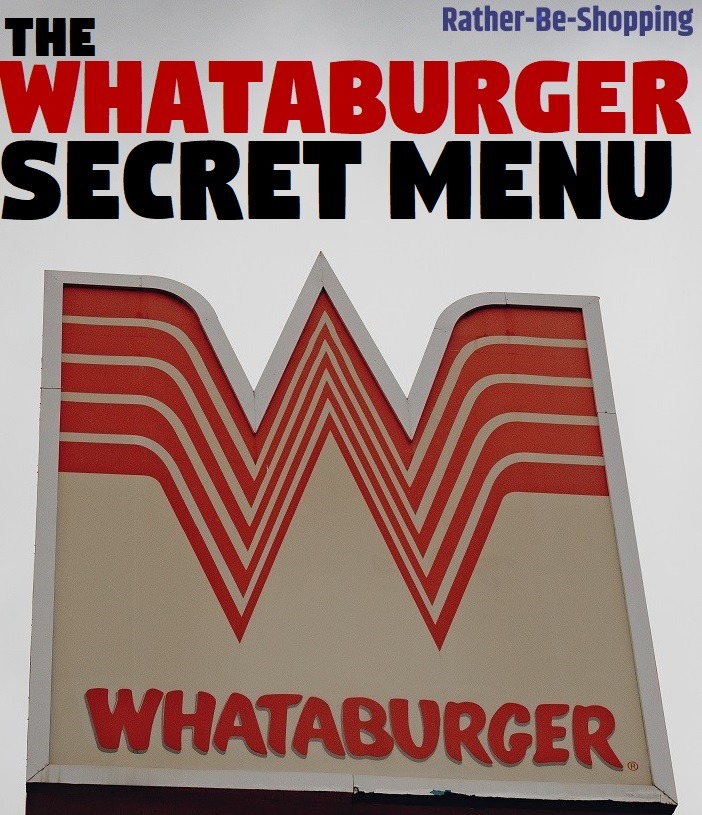 This one pops up on the regular menu from time-to-time for a “limited time”, but not often enough in my opinion.

You can even substitute the bun for a biscuit if you want to get real “breakfasty” with it.

I’ll take two of ’em and make an appointment with a cardiologist later. YOLO.

Ask for the Breakfast on a Bun sandwich but add their Picante Sauce and fresh jalapeños to it.

The result is the Breakfast Ranchero Sandwich and it’s a great way to spice up a below-average morning.

See Also: Five Guys Secret Menu: New Burgers That Are Out Of This World

If you’re looking to reduce carbs, but increase saturated fats, you might want to order this concoction.

The Bunless Bacon Whataburger is served on a platter for easier eating which is a nice touch.

This one is a fun and delicious play on the southern favorite of chicken and waffles.

Keep in mind that you can only get Chicken Strips & Pancakes between 11 p.m. and 11 a.m. as that’s the only time when they make pancakes.

I gotta admit this one sounds really good as I love me some crispy fish tacos.

To make it happen you’ll want to order the WhataCatch fish sandwich, then add creamy pepper sauce instead of tartar sauce, add tortilla instead of a bun, then add shredded cheese.

Sounds like a nice change of pace from the regular fish sandwich.

The Whataburger grilled cheese has been a menu stable for years so it’s time to mix it up a little bit.

To make the Grilled Cheese Veggie Sandwich happen, they’ll just throw on some grilled peppers and onions to the regular grilled cheese.

The result is colorful and tasty sandwich, with the bonus “veggie vitamins” melted in.

Next, throw on some Honey BBQ Sauce OR Honey Butter Sauce (if available), 3 chicken strips, and 2 slices of Monterey Jack cheese (one on each side of the chicken strips).

The result is the Honey BBQ Chicken Sandwich which is one of the more popular secret menu items that they serve.

If you’re a fan of the sometimes green superhero, you may like the Hulk Soda at Whataburger.

It’s essentially a mix of Powerade and Vault Soda (which I’m not sure is even made any more).

The ratios of these 2 liquids are unknown to me so please chime in down below in the comments if you know.

This one was on the regular menu a few years back but is now only available to those in the know…fortunately most Whataburger employees still know how to ring it up and make it.

Dang, that sounds like a winner…has anyone ever tried it?

If you like the Monterrey Melt you should try this one too.

Just sub out the beef patties for 3 chicken strips and ask for Honey BBQ sauce.

Then have them throw on 2 slices of Monterey Jack, some Jalapeño Ranch and grilled peppers and onions and you’ll reach nirvana after one bite.

This one reminds me of the “3×3” found on our famous In-N-Out Burger secret menu.

Order the Triple Triple and you’ll get a burger with 3 beef patties with a slice of cheese between each patty.

The heart defibrillator will cost you extra.

Ask the Reader: What Whataburger secret menu items am I missing? Let me know and I’ll have my taste buds do some investigative work.