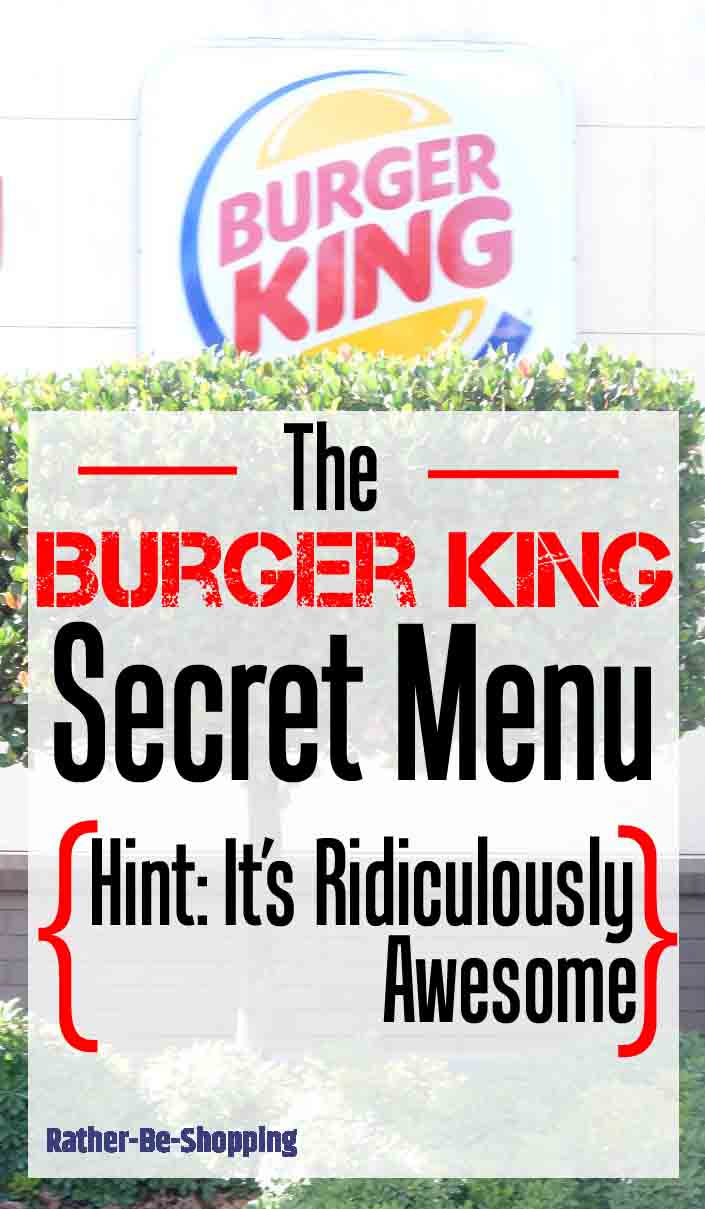 If you decide to try Burger King Suicide burger, you just might want to get a paramedic with paddles on stand-by.

This bad boy comes with 4 beef patties, 4 slices of cheese, and of course, bacon.

If the BK employee gives you a strange look, most workers know it as a “Quad Stacker”.

Burger King already has the Triple Stacker on the regular menu, so this is just one more patty and slice of cheese. Bon appetit.

This is a Whopper, add four beef patties, four slices of cheese, and five orders of bacon.

Of course, don’t forget the lettuce, onion, and tomatoes as you don’t want the burger to be too unhealthy.

If you need to tell the employee how to make it, just order a triple Whopper, add 2 beef patties, 5 slices of cheese, and 5 orders of bacon.

The BLT (Bacon, lettuce, and tomato) is pretty darn simple to order and darn yummy.

It’s simply a Whopper or Whopper Jr. with bacon added.

Kinda goes back to the saying that everything is better with bacon. Fried hog is hard to beat.

Take it Double Whopper…and double it.

You now have the infamous Quad Whopper and it’s not for the faint of heart. Add cheese and bacon if you like.

This will satisfy even the hungriest of appetites, especially if you’re a meat lover.

Did you know that Burger King offers a veggie patty instead of the beef variety? I had no idea.

In either case, it’s pretty darn healthy and a nice alternative if you’re looking for something on the light side.

I love a good club sandwich and now I can get one off the Burger King secret menu.

Order a grilled cheese at Burger King and you’ll get pure deliciousness.

Ask them to flip the bun and grill the soft inside and add cheese to the middle.

You can also add fresh veggies if you like and enjoy the creation.

Order a “Ham & Cheese” and you’ll get sliced ham and cheese on a sesame seed bun.

Apparently a sandwich like this was on the menu many moons ago and is available once again if you order via the Burger King secret menu.

Not being a fan of mayonnaise, I actually ordered this one the other day and now I’m a huge fan.

To make it happen, all you have to do is order a Whopper and add mustard, hold the mayo.

I actually held the ketchup on mine too, but you can do whatever you want.

The mustard gave it a nice zip and really added a lot for me. If you’re a mustard fan, give it a try.

Order this sucker and you’ll get a meal fit for a man.

You’ll end up with Burger King’s Extra Long Cheeseburger, but instead of two beef patties, you’ll get four. Yes please, where do I sign-up?

For those days when your brain is telling you french fries, but your heart is yelling “ONION RINGS” – just go with an order of “Frings”.

Yep, you guessed it, you’ll get a tasty combination of both french fries and onion rings.

The Rodeo Burger used to be my favorite thing to order from the Burger King regular menu. Then they took it off the menu for some absurd reason.

But the good news is that you can still order it. It’s a regular cheeseburger, add onion rings and BBQ sauce.

Ask the Reader: What say you? Have you ever ordered any “secret” items from the Burger King menu? If so, would you do it again or will you stick to their “regular” burgers.

The secret menu is not widely offered. None of the Burger Kings I tried even knew what I was talking about. When I mentioned a secret menu….they laughed and asked where I heard there was a “secret” menu (yes, they used finger quotes!) Even the manager was clueless.

I’m having fun with these secret menu reviews. Kudos! Just a mention that the term is “chock” not “chalked” full. (It’s a derivation from “choked” apparently.)