0
no comments
Jack In The Box, Secret Menus

The Jack in the Box secret menu took me back to my childhood. You see, I was 10 years old before I knew they sold anything other than tacos. That was all my Mom ever ordered and she got me hooked on them as well. But once I expanded my horizons, I realized Jack in the Box also sells some yummy burgers and shakes too. Then when I discovered their secret menu, it took their game to a whole new level. Here are 7 “hidden” menu items that will make you sprint to the nearest JITB. 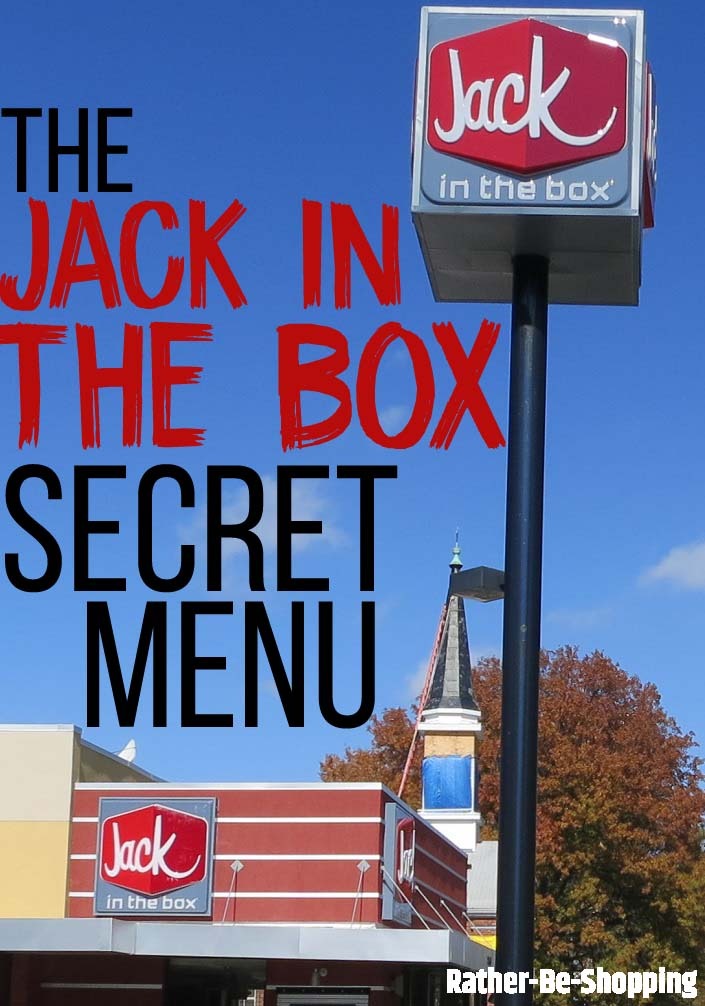 The Jack in the Box Secret Menu:

While the 3×3 or 4×4 is taken from the In N Out Secret Menu, the same principle applies.

A 3×3 is basically a burger with 3 patties and 3 slices of cheese.

Jack In The Box lets you do this as well and you can apparently make it a “9 x 9” if you so desire. Does anyone desire that?

Just be aware that you’ll be charged about a buck for each extra patty and around $0.40 for each slice of cheese.

Could be a fun burger to eat with your buddies. You could settle once and for all who really has the biggest appetite.

I absolutely love a ciabatta roll with sandwiches, especially on our Panini grill.

But I never thought of a cheeseburger served on one, until now that is.

I recently ordered the “Ciabatta Bacon Cheeseburger” from the Jack In The Box secret menu and it was amazingly delicious.

The crunch of the bun, the saltiness of the bacon, the crisp lettuce, it was an explosion of flavors in my mouth.

The employee told me this burger was once on the regular menu as a limited-time item but can still be ordered at many locations.

They big caveat is the JITB location has gotta stock ciabatta bread and not all do.

I love a burger made with toasted sourdough and reminds of the delicious patty melt.

You can now get this beauty on the secret menu at your local Jack In The Box.

Just order any burger that you want and ask for it on sourdough.

It might cost you a little more, around 50 cents, but it’s worth every penny in my book.

The Bacon Bacon Cheeseburger was on the regular Jack In The Box menu as recent as 2010.

Apparently 124 people wish they would bring it back as this Facebook page implies.

It’s just a normal bacon cheeseburger with bacon bits added for those who really crave the fried hog.

Order it today and watch your arteries harden right before your own eyes.

This one actually sounds really good and is sure to get your day off to a flying start.

Most locations will know it by name, but if they don’t here is an easy workaround:

If you crave the hog, you can also add sausage in addition to the turkey, or as a replacement.

What secret menu is complete without a tasty frozen concoction? None is the answer.

While there have been several iterations of the Mint Oreo Shake in recent years, this one seems to be a cult favorite with true JITB fans.

It should be noted that not all locations will have this shake as it requires them to stock mint ice cream.

But it’s definitely worth an ask if you love mint and have an extra 700 calories sitting around somewhere.

If you love cheese, you can make any burger extra cheese for a small cost.

As a matter of fact, you can pile as many slices as you want if you don’t care about the extra cost or calories.

You can pick from Swiss-style, pepper jack, American, and jack.

Ask the Reader: Have you ever ordered anything from the secret menu at Jack In The Box? What was it and how did it taste?