Taco Bell has a really large menu these days, with a bunch of new items getting added every year. So when you pull up to the drive-thru window it can be difficult to quickly figure out which Taco Bell menu prices provide the most value for your money. So I figured it was time to breakdown the Taco Bell menu so you know what items will fill up your stomach for the least amount of cash. 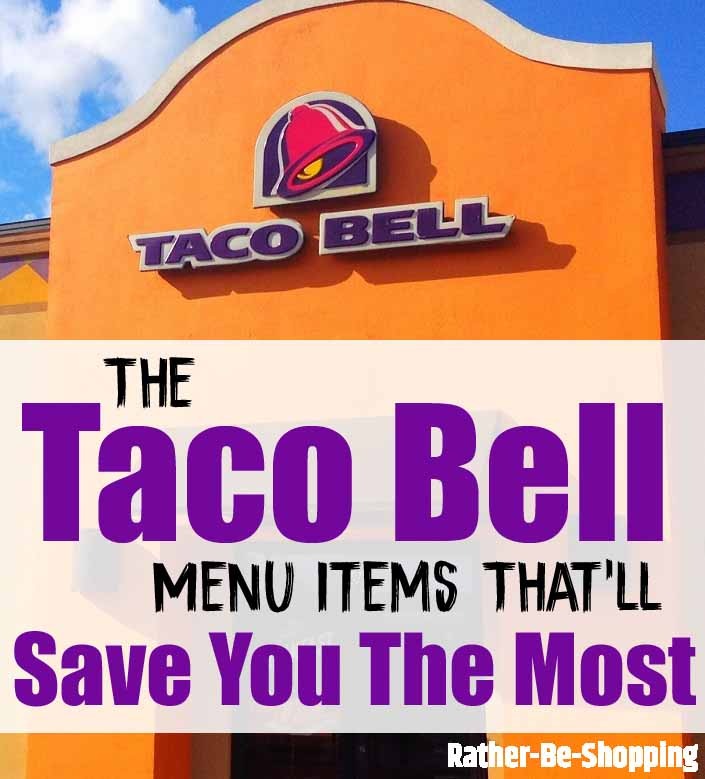 When it comes to needing to feed a bunch of mouths, the 12-pack taco box is a great value.

If you were to buy 12 tacos individually it would cost you close to $15.

Always opt for the big box and save a few bucks.

Also, some Taco Bell locations don’t list the 12-pack box on their menu so you gotta ask for it by name.

Order the Double Tostada and get a regular tostada with double beans and double cheese for about a buck-fifty.

This is a great option for those looking for a bunch of protein without spending a bunch of money.

The Spicy Tostada for a $1 is also a great Taco Bell menu price.

This sucker is pretty hefty and will fill many a tummy for only $1.29.

Order two of them and be good-to-go until lunchtime.

Sounds good for a $1, right? Next, add black beans for $0.30 and you have a decent little breakfast for less than a buck-fifty.

Yes, the Crunchwrap Supreme is a bit more expensive than other items on this list but it’s still a good value.

Why? Because this sucker is a meal unto itself as it weights close to two-thirds of a pound.

It comes with seasoned beef, nacho cheese, lettuce, tomatoes, and a crunchy tostada shell all wrapped in a grilled flour tortilla.

Anything off the Taco Bell value menu for a $1 is a solid option if you have a big appetite but a skinny wallet.

The Triple Layer Nacho is no exception. Order it and you’ll get a large portion of tortilla chips topped with refried beans, nacho cheese, and your favorite hot sauce.

Try and eat two of these for $2, you’ll be stuffed…guaranteed.

Also, don’t order the Nachos BellGrande anymore, order 2 of these instead and get more food for less money.

Unless you’re a HUGE fan of nacho cheese, I recommend ordering the Grilled Breakfast Burrito with real cheddar cheese instead of the nacho cheese.

The Grilled Breakfast Burrito for $1.49 comes in 3 varieties: bacon, sausage, and seasoned potatoes.

The Bean Burrito at Taco Bell has been a staple for decades, and with a $1.29 price tag, it’s no wonder.

It comes loaded with refried beans, onions, real cheese, and a mild sauce.

Get crazy with it and add seasoned rice for only $0.30 and you got a nice and hearty burrito for about $1.60.

Consider adding seasoned ground beef for an extra $0.60 and you got yourself a nice little meal.

This bad boy features 2 flour tortillas with a layer of nacho cheese between them.

Pound two of these and you won’t eat again until next Monday.

Whenever you see a Big Box special at Taco Bell…pay attention.

It usually comes stuffed with 3 large items along with a soda the size of a small gas can.

Ask the Reader: What is your favorite Taco Bell menu item whose price is spot-on?

Next time try asking for the item by it’s name, not the volume you want to consume.

I bet they know what a Burrito Supreme is

Also, try spell check. Generally, nobody cares about your woes… even more so when you don’t take the 1 second to spell the word MENU

interesting. your reply intrigues me more than the comment it was replying to. interesting. hmm. shnarf shnarf.