The Taco Bell secret menu is a fun addition to my other secret menu articles. I pretty much lived off Taco Bell back in my college days and it was typically consumed after 10 o’clock at night. This one is pretty darn fun and can definitely make dining at Taco Bell an exciting proposition. With no further ado, here’s how their secret menu currently breaks down. Enjoy. 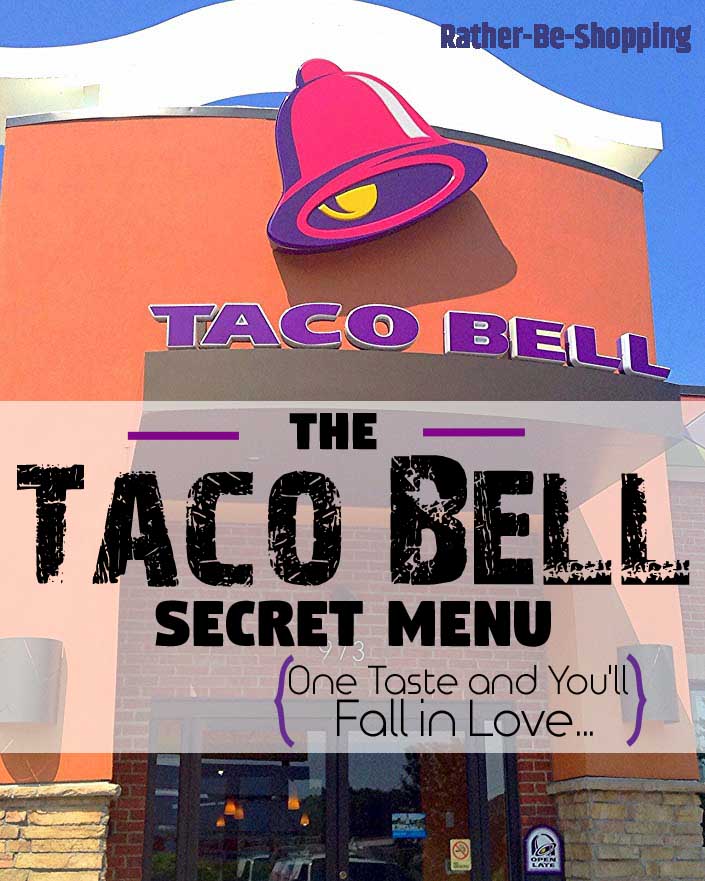 This Taco Bell secret menu item is basically a cheese burrito which I could totally go for.

Be sure to ask them to throw in a little onion and taco sauce and it will definitely be a party in your mouth.

This bad boy is both a mouthful to say and eat. To get it, you just order a Cheesy Gordita Crunch and substitute the regular taco shell with the ranch shell.

Then ask for chicken as your protein and all the sudden you have a party in your mouth “border burger” style.

See Also: The Chipotle Secret Menu Will Literally Blow Your Socks Off

Also known as a Chilitto, this is a bean and cheese burrito, but instead of refried beans, they’ll use chili beans.

The bonus of a little beef in the chili is what makes this sucker a winner in my book.

You can ask for ANY type of Quesadilla to be “Crispy” or “Well Done”.

What comes out is an amazing creation with a slight, yet DELICIOUS, crust on it.

Get the right Taco Bell employee and they’ll hook you up with this beauty.

It’s created when they put a Doritos shell inside the crunch wrap and the end result is supposedly out of this world.

I remember when the cheese quesadilla at Taco Bell was $0.99. I use to order like 5.

Now a days, when my son orders 2 of them, they are like $3 bucks each.

Geez, it’s only a flour tortilla folded in have with some cheese and sauce.

But anyways, get crazy with it and order a “Double Grilled Quesadilla” and you’ll get it extra crispy.

Twice as long as usual to be exact.

The Enchirito is half burrito, half enchilada and sounds ridiculously awesome.

Order it by name and you’ll get a beef and bean burrito, smothered in red sauce, then topped off with melted cheese.

Think green and order a bean and cheese burrito, then add guacamole to it for a cool avocado surprise.

Guac on pretty much anything is a winner in my book.

Plus it would be fun to order just to see what the burrito artist behind the counter says.

See Also: Can You Use Apple Pay at Taco Bell? We Got Answers

Take it a step further and order “The Incredible Hulk.”

If they have no idea what the hell you’re talking about, just tell them you want a Beefy 5-layer burrito but instead of the nacho cheese ask for guacamole.

Also, I’ve heard of folks telling them to leave out the inner tortilla but I’m not sure why you’d want to do that, especially if you’re a starving college student.

This bad boy was on a bunch of Taco Bell menus as recent as 2014.

And guess what? Many locations will still throw one together for you.

It’s basically a cheese quesadilla folded up like a burrito with all of your favorite burrito fillings inside.

You can thank me later for this yummy Taco Bell secret menu item. No really, you will.

See Also: The 11 Taco Bell Menu Prices That’ll Save You the Most Money

While I doubt the Man of Steel would ever order this, it sounds really yummy, especially if you’re hungry and ready to get your grub on.

It’s a 5-layer Beefy burrito, then add the kitchen sink.

The kitchen sink in this example means potatoes, guac, sour cream, and even tortilla chips.

It basically becomes a 9-layer burrito and is not for the faint of heart (or stomach).

Order a Waffle Taco from their secret menu and get a waffle folded in half and stuffed with scrambled eggs, sausage, and drizzled with a little hot maple syrup.

Dang, that sounds like a really yummy way to break your fast.

Ask the Reader: What item on the Taco Bell secret menu would you order? Also, does their food have the “Conan O’Brien effect” on you sometimes?

I seriously doubt our local Taco Bell would even honor a “secret” menu. They will no longer make an Enchirito and even though they still have boxes, they refuse to make the nacho box!

I loved the Frito burrito, but they took it off the menu! However, if you ask for it, they will make it for you! Yeah