Are you considering applying for a job at your local Walmart? If so, you may be wondering if Walmart drug tests people in the hiring process or does random drug tests after you get hired. This information may be a tipping point in your job search. Here’s everything I could find out about drug tests at Walmart and how the process works. 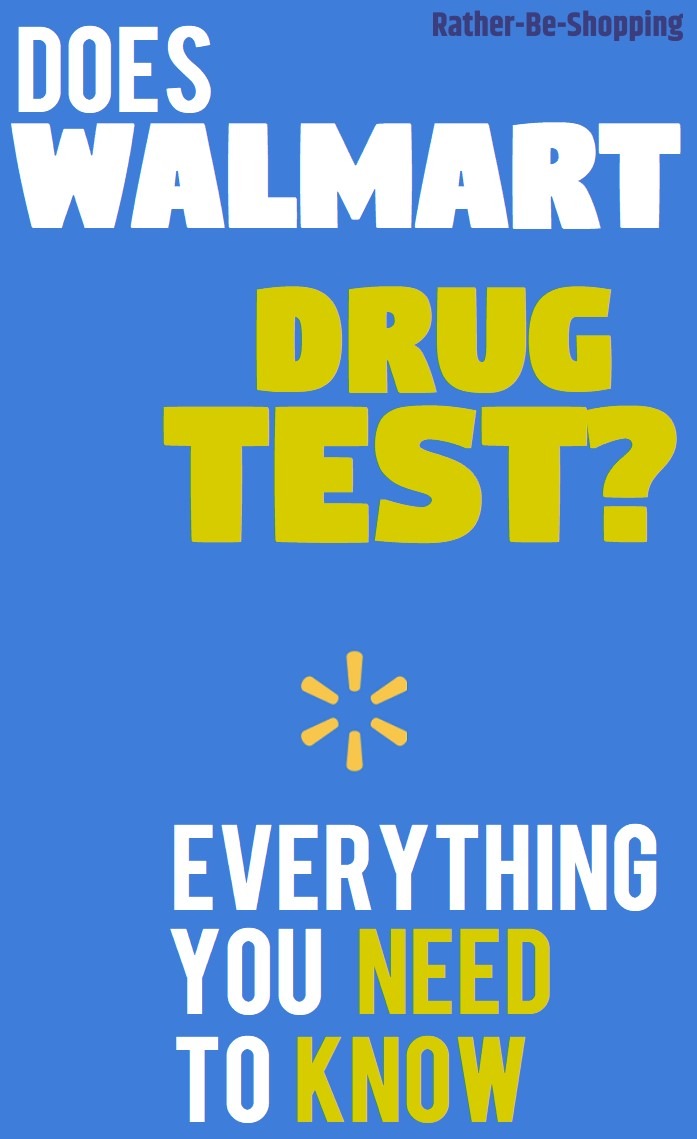 Yes…but NOT all new hires have to drug test at Walmart.

More on this below.

Are All Employees Subject to a Drug Test?

According to my research, and talking to a couple Walmart employees, not all new hires are required to take a drug test.

Only certain departments are required to take a drug test and it seems this can change from store to store.

But for the most part, they involve departments that handle heavy equipment like a fork lift, pharmacy techs, sporting goods, and managerial positions all require a drug test.

Cashier positions are NOT required to take drug test at Walmart.

I was also told that many Walmart locations will NOT drug test seasonal workers around Black Friday and Christmas.

See Also: What’s the Walmart Employee Discount? Here’s ALL You Need to Know

When Will I Have to Pee in a Cup?

Walmart will NOT ask you to do a drug test at your actual interview.

But they may ask you to visit a local drug testing center on the same day as your interview or a day later.

This question has been up for debate recently and Walmart seems to not be taking a side…yet.

Walmart recently fired an employee who tested positive for marijuana even though they lived in a state where pot was legal.

This led to a long legal battle.

Bottom-line, Walmart still DOES test for marijuana but it looks like this might be coming to an end.

See Also: Does Amazon Drug Test? Everything You Need to Know

From my research, it seems “random tests” are more in-line with a manager calling for a drug test if they feel one is warranted.

If you decline to take a random drug test, Walmart will consider it a positive test result and reserves the right to terminate your employment.

Do They Do Drug Tests After Accidents or “Incidents”?

Similar to Amazon, Walmart reserves the right to ask you to take a drug test after an on-the-job accident or incident where they feel you might be under the influence of drugs or alcohol.

Your employment can be terminated if your test results come back positive or you decline to take the test.

See Also: 9 Smart Ways to Save Money at Walmart

In order to limit the risk of new hires, Walmart will perform a background check on you during the interview/hiring process.

They’ll check your record to see if you have any misdemeanor or felony convictions in the past 7 years.

If you have a spotty record, especially a violent record, they’ll typically exclude you from their pool of job candidates.

Ask the Reader: Have you ever taken a drug test for employment at Walmart? What information am I missing? Let me know below, thanks.

I got hired as a over night stocker,
They never even seen my face and no drug test. All over internet

But my brother applied and since he was going to be dealing with the guns. They had him pee tested..

What if you are a front end employee no manager position would you still have to take a drug test?