The Wendy’s secret menu is a very interesting one. While it’s not incredibly long and diverse, the burgers on it pack quite the punch in terms of size and flavor. The next time you step into your local Wendy’s consider one of these secret menu items and you just might be in for a tasty square burger surprise. Or maybe a burger so large you can share it with an entire wrestling team. 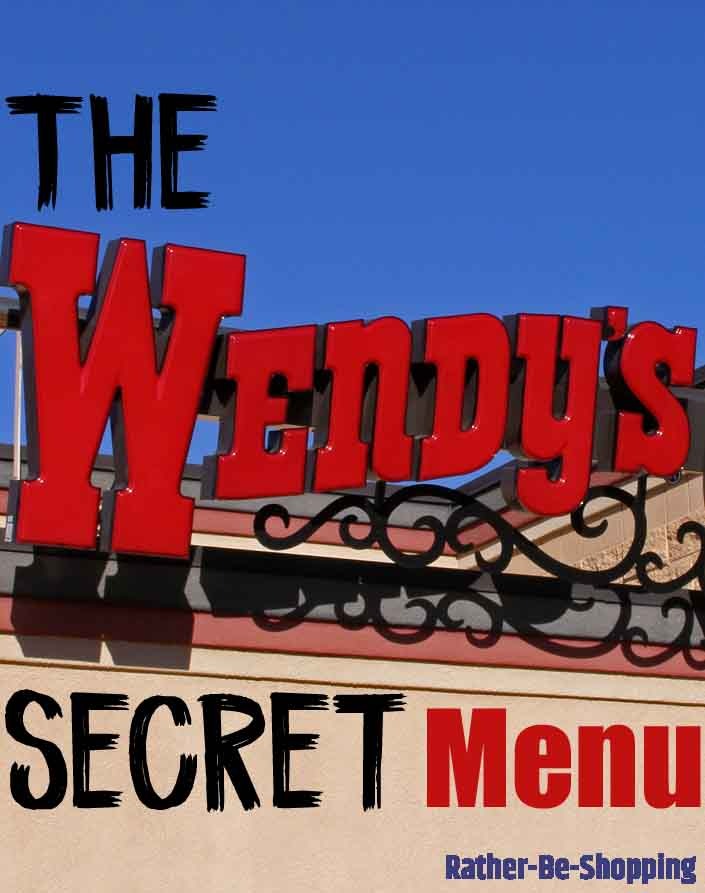 The most appropriate name for any secret menu item ever.

Order “The Barnyard” of the Wendy’s secret menu and you’ll get a burger with bacon, beef patty, spicy chicken patty, and ham with a layer of cheese between each meat.

Add some lettuce and tomato if you’re feeling a bit healthy.

According to commenter Diana, if you get a blank stare when you order it, order a “single cheeseburger then tell them you want a spicy patty on top on the beef patty.”

This is the regular Asiago Chicken sandwich with apple wood smoked bacon, but instead of chicken it comes with a beef patty.

Sounds weird but it’s suppose to be quite delicious with the Asiago cheese and ranch sauce.

Thanks to loyal reader Erik for this tip.

Order this bad-boy and you’ll get the regular Asiago Chicken sandwich but with the spicy chicken patty.

According to Eric, the spicy chicken and sweet smoked bacon go great together.

4 is the magic number with the Grand Slam burger.

As in 4 square beef patties sandwiched between 2 slices of cheese and of course a bun.

If you’re feeling really daring, you can ask for a slice of cheese between each patty. Also, some folks will garnish the top with a couple leaves of lettuce.

If the Wendy’s employee has no idea what you’re talking about, try ordering the 1 lb quadruple burger.

The Meat Cube is the same thing as the Grand Slam mentioned above.

Personally, the name kind of grosses me out so I’d order the Grand Slam burger instead.

Order this Wendy’s secret menu item and you’ll get 4 beef patties with 3 pieces of bacon between each patty.

Make it healthy with some lettuce and tomato added as well.

You can also order it as a quad burger with bacon, but the baconator sounds so much cooler.

Thanks to Wendy’s employee, Michael, for setting me straight on the amount of bacon between each patty.

This is a nine patty high burger with of course nine slices of cheese, tomatoes, lettuce, onions and pickles, and an overwhelmed single bun.

The burger has become Internet folklore in recent years and many Wendy’s won’t make it, but it never hurts to ask.

From a commenter, the best way to order it is to ask for a “triple cheese and add 6 patties on top of that with cheese.”

This sucker will cost you about $22 give or take a buck or two.

The Jurassic burger is the same as the T. Rex above but with 10 patties instead of nine.

I’m guessing this burger is for those who like their ridiculously large burgers in groups of 10.

Ask the Reader: Ever ordered anything from the Wendy’s secret menu? Was it a good, bad, or delicious decision?

As an employee of Wendys, the quadruple Baconator would have 3 pieces of bacon between each patty. 🙂 Who doesn’t love bacon right!!

Thanks Eric for the tip, I’ll get it added!

I’ve tried several different Wendys and I get everything from a blank stare to an apology that they are all out but I’ve never gotten a Barnyard Burger.

And we hate people who do this stuff

Tried grand slam and barnyard. The lady had no idea what I was talking about.

Why are you making it harder on us

This is a lie, there is no secret menu at wendys

I just served a T. rex burger. We do sell them.

Good to know, thanks!

Our Wendy’s will actually make the T-Rex burger, but at a whopping $22, it’s a bit steep. One of my coworkers ordered one on his break today. One heck of a burger.

As a wendys employee i really dont know where your getting these things we dont have those buttons for any of those burgers on the register. But thanks to this article we do have angry customers that insist we have these burgers so that’s just great thank you so much for that really

Oh my god!! No button on the register? I guess it can’t be made then. Good thing the register tells you how to make change.

So if they never heard of it how are they supposed to know how much to charge? They cant just make up some price. So should they stop what there doing to ask other employee’s? In the process causing a backup in drive thru where u just accumalte more angry customers because there not getting there artery clogging burgers? Your an idiot.

Or they can learn how to add, it’s just combing the menu items which is expensive but when you order these it’s expected I mean the secret menu is for those who don’t care about price.

No…..we would just add a patty there’s a button for that and we can add anything to a sandwich I could make you any one of those burgers w no problem other than you having to tell me what’s on them

A bro
Reply to  Realist

I agree with realist

What does the minimum wage have to do with this again?

I’m assuming you’re the angry customer who thinks they know what they’re talking about? Lol lame

At my Wendy’s, and I happen to be a manager, I was told about the secret menu when I became management, but every Wendy’s has it’s own secret menu, they dont all have the same ones… and some people just create their own….

I was a manager at Wendy’s and we did not have any secret menu items.

If you are a properly trained wendys employee, you would know that after you click on a sandwich of standard build, you can select numerous items that you can add and take away, such as beef, chicken, ale carte items. If you can tell me what you exactly want on it and how you want it made, it can be done. And a properly trained employee would know that you would want to make that money instead of telling a customer that it cant be done, lose the sale and possibly losing the customer in the future. Always aim to please. That’s how you can become successful. Being with Wendy’s with 8 + years you learn that your customers become your family.

thanks for making me find the food that’ll put my wife into cardiac arrest, now i’m free from her clutches