Does Target Drug Test? What All New Hires Need to Know

Thinking of applying for a job and wondering does Target drug test in 2022? If so, you’re in the right spot. Target stopped drug testing during the COVID pandemic but has since resumed their drug screening…but NOT for all employees. I went out and talked to a couple current Target employees and got the inside scoop on exactly what you can expect during the hiring process. I hope you find this information helpful. 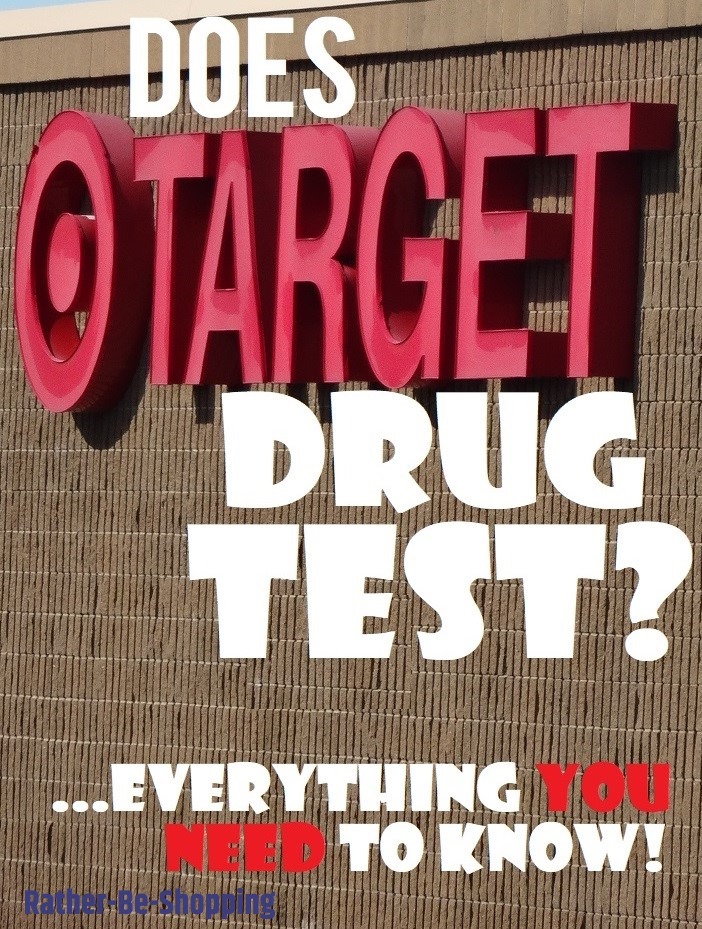 Yes, but NOT all new hires have to take a drug test.

As of this writing, Target only drug tests you if you’re applying for a position like overnight stocker that requires the operation of heavy equipment like a forklift.

Do They Test for Marijuana as Well?

Target does test for THC (marijuana), if you test positive for THC they reserve the right to NOT hire you.

I was told that on your initial drug test they are more interested in drugs like cocaine, heroine, meth, and opioids.

Marijuana is legal in many states and hence most retailers have become more lenient in their marijuana testing process.

What If I Have a Marijuana Card?

If you have a marijuana card, and live in a state where weed is legal, you’re NOT protected from Target’s workplace policies prohibiting drug use.

Target can’t punish you for using marijuana, but they can take action if they feel you’re working under the influence of THC.

Do ALL Jobs Have to Get Drug Tested at Target?

As mentioned earlier, the vast majority of Target new hires will NOT have to take a drug test.

You’ll be told in the interview process if the job you’re applying for requires a drug screening.

It’s safe to assume that only management and overnight stocker positions will require a drug test.

Will I Have to Pee In a Cup?

If required to do a drug test, you’ll be asked for a urine test as part of the final hiring decision.

According to the Target website, they use a company called Accurate Background for all their drug screening.

You’ll either do the test on-site or at a testing location near you.

Be sure to bring a valid photo I.D. and a full bladder.

What’ll Happen If I Fail the Drug Test?

Whether you fail your initial drug screening, a random drug test, or a test after an accident, your days of wearing a red shirt are probably behind you.

If you fail your drug test during the hiring process you’ll have to wait 6 months before you can re-apply for a job at Target.

Does Target Drug Test After an “Incident”?

Target reserves the right to ask for a drug test if you’re involved in an incident at work that causes bodily injury or damage to property.

If you refuse the drug test it’s basically considered a failed drug test and you’ll probably get fired.

Target does indeed perform a background check which they outsource to Accurate Background.

They main thing Target is interested in is your criminal record and if you have any felonies on your record.

I was told by a Target employee that they personally know of at least two employees that were still hired with a criminal record.

Target believes in 2nd chances, and if you have good employment references, you still stand a good chance of getting the job.

See Also: Target Employee Discount: Use It Correctly or Get Fired

What About Random Drug Tests?

As part of your employment contract, you give permission for Target to perform random drug tests if they feel it’s warranted.

I was told you’ll probably never be asked to do a random test unless management suspects you’re coming to work high and it’s effecting your productivity.

Ask the Reader: Have you work at Target (or currently do) and had to take a drug test? Was it a random test or a pre-employment drug screening? Was it an easy process?

How can you be sure they only do a urinalysis instead of a swab?

Not 100% sure, I was told be 2 separate employees that this is how it was done.

Why about guest advocate ?