If you’ve reached this Sling TV review you’re probably looking for ways to either “cut the cable cord” or save money on your monthly bill. While Sling TV might not be a perfect service, the monthly cost is pretty darn reasonable, especially if you’re looking to get ESPN. In addition to spelling out exactly how Sling works, I also drop the goods on the perfect TV setup for cord-cutters. I hope this Sling review helps you save some money. 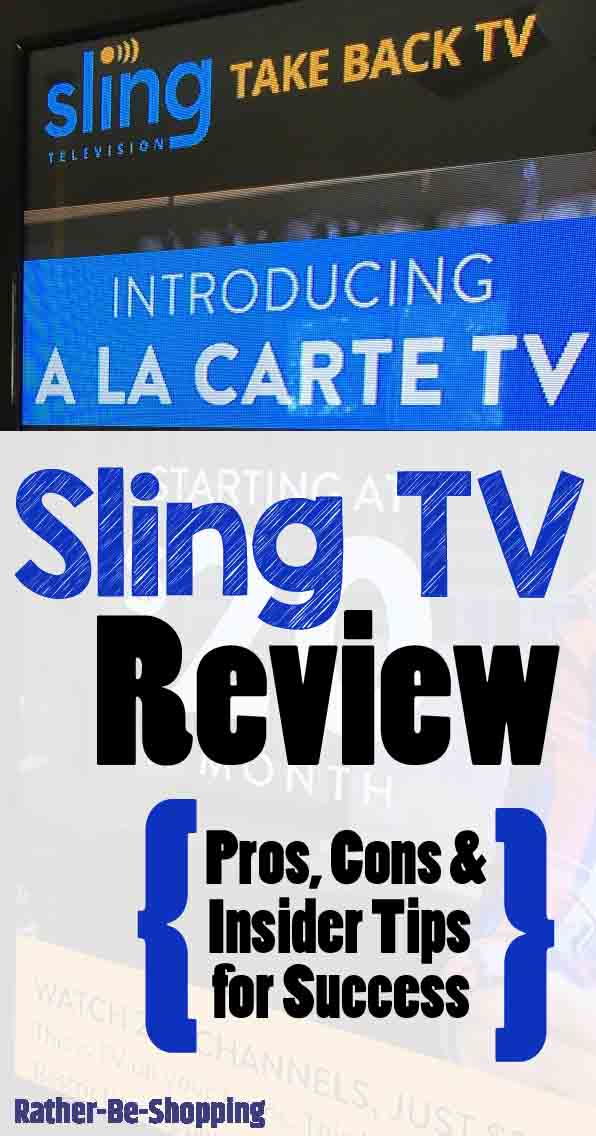 What Exactly is Sling TV?

Sling TV is a live TV streaming service which allows you pay for only the channels you’ll actually watch. Novel concept, right?

You provide the WiFi connection and the “smart” device, and Sling does the rest at a cost WAY less than most cable or satellite subscriptions.

They’ve gained a lot of popularity in recent months via their $30/mo “Orange” package which comes with 25+ channels including 3 ESPN channels, TNT, TBS, and Disney Channel.

This is by far the cheapest way to get ESPN. DirecTV, for example, requires you to buy the $64.99/mo. Entertainment package to score ESPN.

The best part is they let you test drive the service with a 7-day free trial to see how you like it. No strings attached.

Give Sling TV a Try with a 7-Day Free Trial

Is Sling Easy to Use? 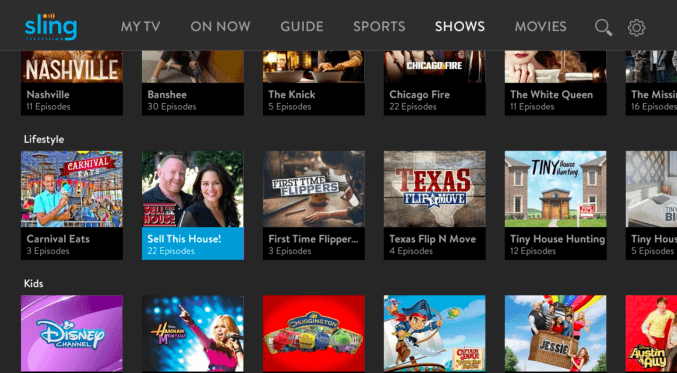 If you’re familiar with Netflix or Amazon Video, the Sling interface will be very easy to use as it’s very similar.

If online streaming is new to you, it will take just a few minutes to familiarize yourself with the Sling interface.

Basically, the Sling navigation menu breaks down into these categories:

If all else fails, the magnifying glass is a handy search feature across all Sling TV content. It’s an easy way to do a quick search for what you’re looking for.

What Devices Can Sling TV Be Viewed With?

The answer is just about anything that’s considered a “smart” device.

I’ll be sure to add new device as they become available.

The cool thing about Sling is they offer a free 3-day trial. They only require an email address and credit card to start the trial and you can cancel at ANY time with no penalty.

So if you’re on the fence and not sure if Sling is right for you, the free trial is a great way to test it out.

To get started, you simply create an account and activate your trial membership. Once that’s done you just download the Sling App on your specific device and log-in.

The whole process to get started with your trial takes a measly five minutes from start-to- finish.

What Channel Packages Do They Offer?

This is where the magic happens as Sling TV has 3 channel packages available so you choose what works for you.

No more paying an exorbitant monthly charge for a bunch of channels you never watch.

Designed for sports and families, the Sling Orange package currently comes with 33 channels, free 50 hour DVR, NO contract, and allows for viewing on only 1 device at a time.

Orange is a great choice for those who use Netflix, or Amazon Prime Video, but want ESPN too. 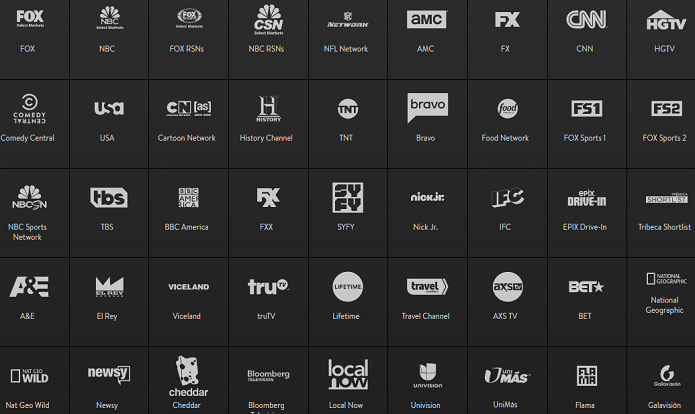 Sling Blue comes with 45 channels, NO contract, 50 hours of free DVR,  and allows for viewing on 3 devices simultaneously.

Be aware that Blue doesn’t include some channels that come with Orange and is designed for those who want news and entertainment channels.

The 2 most popular channels that you won’t get with Blue include ESPN and Disney.

But you will get Fox Sports 1 and 2, and NBC Sports Network. You’ll also get network programming from NBC and FOX that you won’t get with Orange.

If you fall into the category of wanting ESPN, Disney, and network programming, you might want to opt for the Orange + Blue at 40 bucks per month. Still quite a bit less per month than most cable/satellite packages.

What About Premium Channels?

Glad you asked as they have premium packages too. Here’s how they currently breakdown….

HBO is so darn expensive because of all the original programming they offer.

Yep, they got those too. A bunch actually that can all be purchased A La Carte.

They also offer a bunch of foreign language packages in the $5-$15 a month range.

Do They Offer a DVR Feature?

Yes. They recently introduced their Cloud DVR for $5 a month.

Their DVR service gives you up to 50 hours of recording time and allows you to record multiple programs at the same time.

While not available on every channel they offer, a vast majority allow you to use the Cloud DVR to record, pause, rewind, and fast forward.

It’s also worth noting that the the Sling DVR is only available on AirTV, Amazon, Android, Apple TV, iOS, Roku, Windows 10, and Xbox One devices.

Cloud DVR is a cheap option for those who like to pause, fast-forward, and rewind live TV. Without the DVR, you WON’T be able to do this with most channels, including ESPN, TNT, TBS, and CNN.

The Pros and Cons of Sling TV

Also, it’s worth noting that Sling is currently only available in the United States. Sorry to those in Canada and Mexico, no Sling TV for you.

How Does Sling Stack Up to the Competition?

A couple competitors to Sling TV have entered the fray in recent months. Competition is always good as it typically ends up giving consumers more options at a better price. Here is how they both stack up to Sling:

The problem for me with Vue is that at the $40/mo. price point, I might as well keep my current cable package.

The Perfect Setup for Cord-Cutters

In my opinion, here’s the best setup for those looking to sever ties with your cable or satellite TV company. It’s cheap and it gives you a bunch of great content.

So for a one-time investment of $75 (for the Fire Stick and Mohu Leaf) plus $20 a month for Sling Orange, you’ll be quite happy with all the channels and shows you’ll get.

Not only will you score ESPN, but also your local channels in HD, and a ton of free TV shows and movies via Amazon Prime Video.

Give Sling TV a Try with a 3-Day Free Trial

Ask the Reader: I hope you found my Sling TV review helpful. Have you tried the free trial with Sling yet? If so, how’d you like it? I would love your comments and feedback. Thanks.

So would Sling not work with only a Samsung smart TV? I would need an amazon firestick for example? Also, is there a way to record shows off of the local channels I would get with the Mohu leaf you mention?

Be careful of their fine print.    DId a 7 day trial.    Decided to cancel today on the 7th day.   They calcule down to the minute on the trial.   I cancelled a few hours later that I had signed up 7 days before.   So they charged me 50 bucks, a months service.  customer service would not refund even though I cancelled on the 7th day.  within their rights,  but clearly NOT a customer friendly company.  I would not recommend them to anyone based on that trial, and evaluation of their customer service.    Good companies bend over backwards to keep people happy, not nit pick over 3 extra hours on a trial account.